by Mark Itsibor
in Cover Stories
0 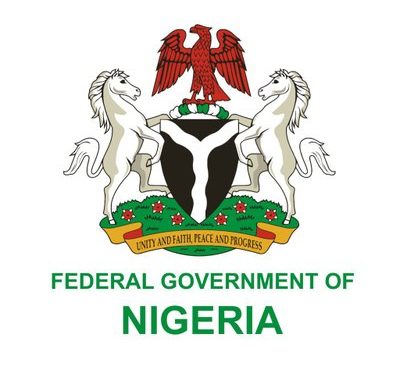 The federal government has failed to commence implementation of its tax on non-alcoholic, carbonated drinks and sweetened beverages, signaling a flop in the government’s revenue drive, on June 1, 2022.

The Ministry of Finance, Budget and National Planning was supposed to announce the tax enforcement structure and timeline for the implementation of the sugar tax introduced earlier this year.

The tax is designed to cut sugar consumption level in Nigeria and raise more revenues through a 10 per cent tax imposition on carbonated products.

The finance ministry would not give a reason for the delay in releasing the regulation for the new tax, but a deputy director in the ministry said government was still consulting on what should be in or left out of the proposed regulation, six months to the announcement of the new policy.

“One of the ways of contradiction is in the definition of what makes carbonated or sweetened products,” he said.

A coalition, the National Action on Sugar Reduction, in an open letter to the minister of Finance, Budget and National Planning, Zainab Ahmed, said further delay in the implementation of the tax could jeopardise it completely.

The sugar tax is part of the 2021 Finance Act signed into law by President Muhammadu Buhari on December 31, 2021.
Curiously, the ministry of finance has asked all the manufacturing firms in the beverage industry to provide office space for assessment officers that would be coming from the Nigeria Customs Service.

The ministry, in a circular obtained by our correspondent, said the companies were to create space from their existing structures or build new ones for the enforcement officers. The circular was issued in March 2022.
Some manufacturers who spoke at a stakeholders’ dialogue with the theme: ‘Administering Nigeria’s Sugar Tax: a Stakeholders’ Engagement Session’ that was held at the instance of Taxaide, said they had complied with the directive, while others said they were yet to do so on the reason that it was not clear that the cost of the office apartment should be their responsibility.

Those who spoke at the event asked if the provision of office apartments for Customs would be deductible or refunded to the manufacturers. No specific answer was given by the finance ministry that was also in attendance.

The manufacturers complained about the persistent rise in the cost of production, calling on the government to come to the aid of the manufacturers by way of incentives with a focus on making production cost cheaper than it is currently.

Michael Cyril of Chi Limited raised concern as to how to set up the office for Customs and whether the excise duties will be backdated should the Customs officials arrive at its premises months later than the June 1 kickoff date.

There are also concerns that the programme would affect the ability of the manufacturing companies to continue to provide employment through a cut on their expected incomes, but the finance ministry called it sheer blackmail to make it drop an idea that would discourage the consumption of health detriments and raise revenues.

The manufacturers are demanding that the government give them incentives to cushion the impact of the new tax on their businesses. They said this is a wrong time to impose tax on their products.

“The Customs is also telling us that we should provide them accommodation. All we are hearing is cost, cost and cost. Give us incentives and it would also bring in new investments,” another manufacturer, Mrs Kudirat Balogun said.

Cyril also expressed worry that prices change almost every three months in recent times, noting that there is only a little the manufacturers could add in terms of price not to lose their customers.

Assistant chief admin officer in technical services department at the Ministry of Finance, Mr Frank Oshanipin, who represented the ministry, said the government was already doing much to make production cheap for the manufacturers, including removal of duties on importable machinery.

“The minimum we can get after all these discussions is N10 per litre,” he said.
He said the government would have to look at the issue of who pays for the housing of Customs in the factories of the manufacturers of non-alcoholic beverages.

According to him , the issue would be taken care of by the regulation that is yet to be released.