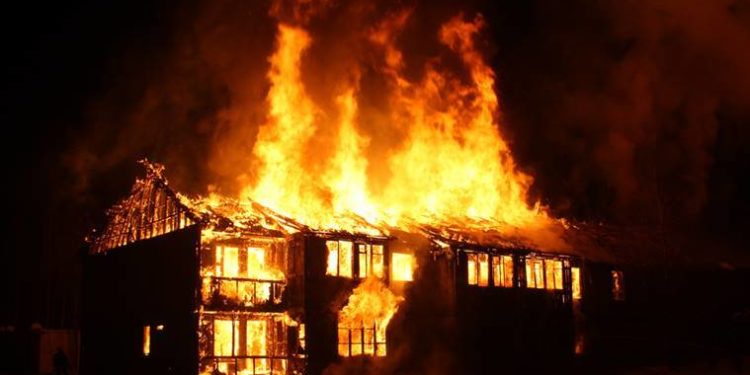 An early morning fire outbreak destroyed a part of Dodds Methodist Church Cathedral and property worth over N10 million in Uzuakoli, near Umuahia, the Abia State capital

Speaking to LEADERSHIP at the scene of the incident, the minister in charge, the Rev Anyanwu James Alozie expressed appreciation to God that there were neither injuries nor loss of life in the disaster

He appealed to friends, good-spirited individuals, organizations and goverments to assist the members in repairing the part and replacing the lost property.

The clergyman, who described the extent of the damage and losses as both unfortunate and worrisome, nevertheless commended the people for turning out in their numbers to put out the fire.

Similarly, the presbyter of the cathedral, the Rt Rev Chibuikem Johnson blamed it on a power surge at about 2.00am, saying the property included computer sets, mowing machines and vital documents among others.

One of the residents of the area, Emmanuel Okechukwu said initially many people were alarmed and afraid to come out after they heard the sound of the surge because of the security situation in the country.

He added that when they heard the alarm and what had happened, they trooped out from across every corner of the community in Bende local government area of the state to arrest the ugly situation.