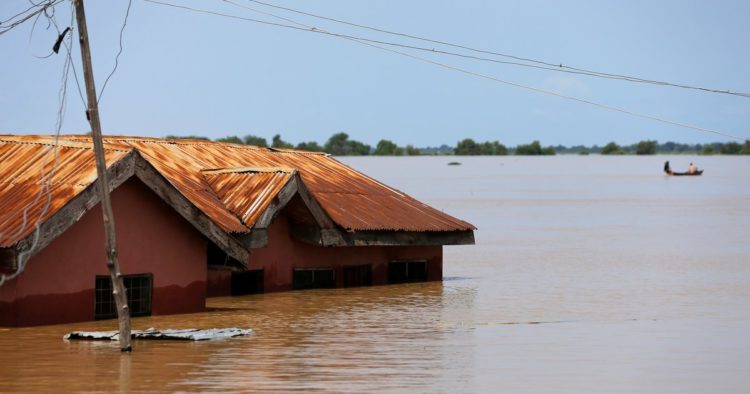 Prior to the advent of science and technology of today, legend has it that the ancient African man in his search and quest to influence weather conditions, resorted to using esoteric and mainly supernatural power as a means to an end. With the help of this mythical supernatural power said to be used for good or evil, the African man was able to cause the sky to unleash water on the earth and its inhabitants, and to cause rain to cease when it’s probably not needed.

In several folktales inspired by true events across the African continent, there are tales of powerful rainmakers who could either call forth rains or hold them. In ancient Malawi for instance, ‘Makewana’, the ‘mother’ was a famous female rainmaker. A statue of her stands majestically at Mua – a village in the Dedza district of the country. It has become a subtle reminder of her prowess. Among the Igbo’s in Nigeria, their culture is rich with tales of powerful rainmakers called ’ORA mmili, or Ogha Mmiri’.

There is a famous tale in the not too distant past that showcased the prowess of rainmakers. Apparently during the visit of then president, Alhaji Shehu Shagari to Imo state during the rainy season, story tellers state that the president landed in the midst of torrential rain. The governor, Sam Mbakwe wanted to give the president an elaborate welcome but the rains had become an impediment. He was said to have called in the services of veteran rainmakers across the state. After performing some mystical activities, the sun enveloped the venue while other parts of the state continued to experience a downpour.

With the recent devastating floods in Pakistan, perhaps these rainmakers of legend are needed to help stall the rain and mitigate the floods that have brought severe devastation to many parts of the country. Following the events brought about by the floods on social media and watching the devastation via several news media channels has been heart wrenching. It is also a melancholic reminder of the rapidly changing climatic conditions the world is currently going through.

Reports have it that though the global warming trend has been going on for a long time, its pace has significantly increased in the last hundred years due to the burning of fossil fuels. As the human population has increased, so has the volume of fossil fuels burned. Top weather pattern watchers around the world have warned that the Earth is warming up, and humans are at least partially to blame. The causes, effects, and complexities of global warming are important to understand so that we can fight for the health of our planet.

The effect of global warming is currently playing out in Pakistan. Thus far, over 1,000 people have died and more than 30 million are badly affected as monsoon rains continue to lash the South Asian nation. The government has declared the devastating floods a national emergency with large swaths of the southwestern province remaining submerged, bringing back the memory of the devastating 2010 floods. Videos showing swollen rivers and gushing floodwaters submerging towns, destroying buildings, washing away villages, bridges, roads and other infrastructure has flooded the media space.

A Campaign Season To Forget

Pakistan isn’t the only country witnessing such change in weather conditions. Europe is currently besieged with an unprecedented heat wave that has brought widespread droughts across the continent. Jigawa state has been battling with recurrent flash floods. Recently, the State Emergency Management Agency reported that 50 people were confirmed dead and many others displaced as floods ravaged parts of the state. Many residents have had to take refuge in several places such as government buildings as a result of the floods.

On Sunday, it was reported that Hundreds of people were displaced after heavy rain caused flooding in communities in at least four local government areas Sankara, Karnaya, Birnin Kudu and Gwaram communities in the Ringim, Dutse, Gwaram and Birnin Kudu Local Government Areas of the state. Hundreds of people including women and children and their livestock took refuge at relatively safer places in the Karnaya community in the Dutse council area.

Recall that the Nigerian Meteorological Agency (NiMet) which produces the Seasonal Climate Prediction (SCP) annually and the Nigeria Hydrological Services Agency (NIHSA) had both warned of serious flooding in Jigawa in the 2022 Flood Outlook. Like other states in the country, Jigawa is affected by extreme weather conditions triggered by climate change. The main effects of climate change are intense and frequent droughts, storms, heat waves, rising sea levels, melting glaciers, and warming oceans. These can directly harm animals, destroy the places they live, and wreak havoc on people`s livelihoods and communities.

With Hajia Sadia Umar Farouq at the helm of affairs in the Federal Ministry of Humanitarian Affairs, Disaster Management and Social Development, the Ministry developed a national flood emergency preparedness and response plan earlier this year.  It will be instrumental in mitigating the consequences of flood, prepared for its occurrence, responded to it when it happens, and recover from it after it happens. In essence, the plan will compel and assist stakeholders to manage floods across the country.

However, more needs to be done. Though climate change has been largely blamed for the increasing phenomenon of flood disasters across the country, strategies must be evolved to minimize losses brought about by the floods through adherence to warning alerts, early preparation and proper response. State Emergency Management Agencies also needs to do more particularly in flood prone states. Already, the Seasonal Climate Prediction has warned of severe flooding in certain states across the country. These states need to take precautionary measures as well as post-flood measures towards mitigating the impacts and catering to victims.

Currently, the Earth is already about 1.1 degrees centigrade warmer than it was in the late 1800s, and emissions continue to rise. To keep global warming to no more than 1.5 degrees centigrade -as called for in the Paris Agreement – emissions need to be reduced by 45% by 2030 and reach net zero by 2050. The Paris Agreement requires that countries reach global peaking of greenhouse gas (GHG) emissions as soon as possible to achieve a climate-neutral world by mid-century.

Since conclusive data has shown that the world`s poorest people who contribute next to nothing to climate change are those most at risk from climate change, curbing climate change which induces the floods threatening to overrun many parts of Northern Nigeria is critical to our continued existence.

For many poor families in Jigawa and across many other states in Nigeria, every year, the rains come with a promise of floods and displacement. Beyond providing relief materials for people sacked by floods, warning them early enough to evacuate and helping them to resettle can go a long way in checking the menace.

A Campaign Season To Forget