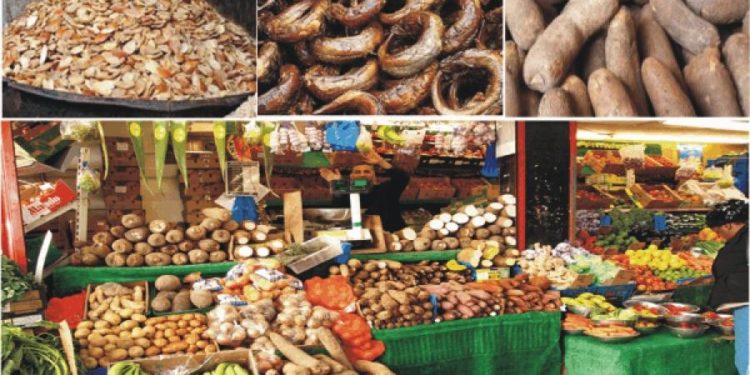 It is high time we, as a nation, assess the matter of food security in the country and not pretend that it will go away as suddenly as it has come. The World Food Programme (WFP) and Food and Agriculture Organisation (FAO) have been studying the situation which, in their informed opinion, is becoming dire.

Experts, local and international, already are classifying Nigeria among the 20 countries labelled ‘hunger Hotspots’. The country was also listed among three other African countries on ‘high alert’ for starvation and death. And then the report came in June 2022 of a warning alert for humanitarian action on 20 countries where it is anticipated that hunger will get worse from that month to September 2022.

Again, the WFP and FAO issued in May 2022, an alert on hunger hotspots, with Nigeria among three countries on ‘highest alert,’ for what it called urgent humanitarian action in catastrophic conditions. The three countries listed are: Ethiopia, South Sudan and Yemen. These countries, according to the report, would experience famine and death from starvation if nothing is urgently done to avert same.

Similarly, the report disclosed that Afghanistan and Somalia have also been newly listed in this group since the previous hotspots report in January 2022, noting that the mentioned countries all have a part of their population facing what it called, ‘IPC phase 5 ‘Catastrophe’ – or at risk of deterioration towards catastrophic conditions, with a total of 750,000 people already facing starvation and death in Ethiopia, Yemen, South Sudan, Somalia and Afghanistan.’

The report also disclosed that the Democratic Republic of the Congo, Haiti, the Sahel region, the Sudan, and Syria remain ‘countries of very high concern’ with worsening critical conditions, as in the previous edition of this report that has the East African country, Kenya as a new entrant to the list.

Meanwhile, Sri Lanka, West African coastal countries (Benin, Cabo Verde, and Guinea), Ukraine and Zimbabwe are also reported to be facing this challenge. These countries have been included in the list of hunger hotspots countries, along with: Angola, Lebanon, Madagascar, and Mozambique that remain hunger hotspots.

The war between Russia and Ukraine has been tagged a key reason that is worsening the already bad situation where food security is concerned. The WFP states that “The conflict in Ukraine is compounding what is already a year of catastrophic hunger, unleashing a wave of collateral hunger that is spreading across the globe, transforming a series of terrible hunger crises into a global food crisis the world cannot afford.”

Nevertheless, this is not the only problem facing food security, as an assessment made by the two organisations, WFP and FAO, note that alongside conflict, climate change will contribute towards acute hunger from June to September 2022. This is as a result of regular flooding, hurricanes, cyclones and droughts, which have destroyed farms and caused the displacement of people.

Climate change is also known to cause the farmers and herders conflict in Nigeria. The states in the North west fringes of the country are already feeling the biting effects of drought and desertification. And while the idea of planting trees is encouraging, other alternative solutions would be helpful as well, especially if they are practical and implemented on time.

WFP says that in Nigeria, insecurity and high inflation rates are also worsening acute food insecurity. Access issues to the areas affected by violence continue to remain a severe challenge to the delivery of humanitarian assistance. In Borno State, where there is conflict, about 13,500 people are projected to face starvation and death. This will happen if nothing is done to provide humanitarian services and a means of livelihood.

This newspaper is persuaded by this dire situation to appeal to the federal government to treat the issue of food security seriously so that the country can avoid famine. It is time for the nation to be proactive and take timely measures to avert what seems an impending cataclysm. It is necessary to take Nigeria’s name off the hunger hotspot list. It is important that this is done by reaching out to those who are really in need of help. This is a responsibility for not just the Ministry of Humanitarian Affairs, Disaster Management and Social Development, but also that of National Emergency Management Agency (NEMA) as well as the Ministries of Environment and Agriculture.

We urge the governments and their agencies to act fast if the nation must avert the inevitability of adding food insecurity to the damages caused by criminals. In our opinion, time is of the essence in this regard.