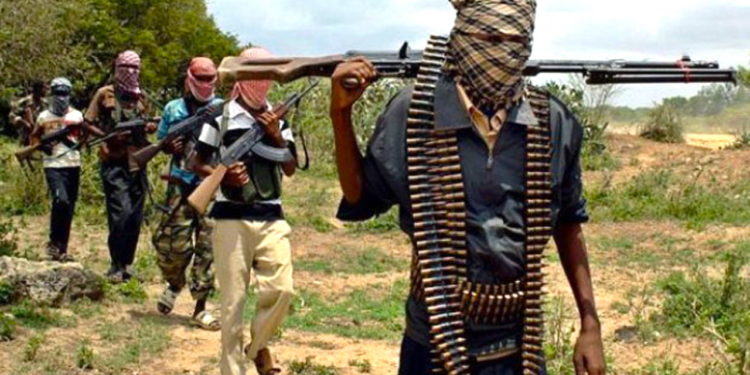 According to the Food and Agriculture Organisation (FAO) in West Africa and Sahel, there is unanimous agreement on the increase in the severity and amplitude of food and nutrition crises, particularly in Sahel and Lake Chad regions (Burkina Faso, Cameroon, Chad, Mali, Mauritania, Niger and Nigeria).

Participants at the meeting of the Food Crisis Prevention Network, held from 6 to 8 April 2022 in Paris, noted that between 2018 and
2022, the number of people in need of nutritional assistance and emergency food security in ECOWAS, UEMOA, CILSS and Cameroon increased from about 11 to nearly 41 million.

The main factor determining this worrying food and nutrition insecurity is the exacerbation of security tension in the Lake Chad basin, in northern Mali, in the Liptako Gourma region and in the English-speaking regions of Cameroon and the intensification of attacks by armed groups in north-central and north-western Nigeria, where the phenomenon of kidnapping has created a climate of terror and fear in the affected states, and has a negative impact on the food and nutritional security of the population.

Recently, the Economic Community of West African States (ECOWAS) warned that about 19.4 million Nigerians could face food crisis and nutrition insecurity by August this year. According to the executive secretary, ECOWAS Rice Observatory, Dr Boladale Adebowale, the crisis is being fuelled by the fact that crop production is not meeting population growth, while the country’s agricultural sector is threatened by insecurity, adverse weather conditions and climate change.

While climate change and other natural disasters are part of the reasons for the food shortage crisis, the big elephant in the room is the threat posed to the farmers by insecurity. Before now the planting season is the most productive part of the year when farmers invest their time, energy and seeds hoping to have bumper harvest in the end to feed their families and also earn well deserved income from the sales of their excess produce.

The insecurity bedeviling our agricultural communities is very disturbing. And spreading from North to South. The other time when the Zamfara State Government directed residents of the state to obtain guns in order to defend themselves against bandits ravaging the state, the state commissioner for information, Ibrahim Dosara was emphatic that part of the reason for the policy is to provide safety for the farmers in the state during this planting season. The Zamfara State government had said, “Government has henceforth, directed individuals to prepare and obtain guns to defend themselves against the bandits, as government has directed the state commissioner of police to issue license to all those who qualify and are wishing to obtain such guns to defend themselves. Government is ready to facilitate people, ESPECIALLY OUR FARMERS TO SECURE BASIC WEAPONS FOR DEFENDING THEMSELVES.” (Emphasis mine).

In Benue State that used to pride itself as food basket of the nation, the state governor has a few days ago cried out that farmers are being killed at will and that the federal government has failed to address the problem. Speaking with Arise TV, the governor said the alleged action of the federal government has made it impossible for his administration to generate internally generated revenue. He lamented that the killings have led to the spread of Internally Displaced Persons (IDPs), in the state.

Recently, a former managing director of the Kaduna State Media Corporation (KSMC) and a community leader in Birnin-Gwari local government area of Kaduna State, Alhaji Zubairu Idris Abdulra’uf, said the farming communities in the council have in the last two years paid over N400 million as taxes to bandits to farm and harvest their farm produce. In an interview with journalists, Abdulra’uf said the incessant attacks on his people had paralysed economic activities in their rural communities and made travelling in the area difficult or even impossible in some places. According to the community leader.

“There are three stages of paying these taxes to these bandits. You have to pay pre-season and mid-season when the crops are about to start yielding. You will pay these bandits because they will not allow you to have access to your farm.

“Then, at the end of the season when you are harvesting, you will give these bandits money before you access your farm. “And when you access your farm after paying these taxes, they will now tell you that apart from giving them money, you will give a ratio of two bags of every 10 bags of all the assorted grains you harvest.”
He said that before the deterioration of security Birnin-Gwari used to produce at least 700 metric tonnes of assorted grains but now people cannot access their farms. “There are many cases, since the beginning of this rainy season, that people are being abducted on their way to the farm and even the cattle they use for farming are being collected from them,” he said.

This newspaper also reported that bandits have renewed attacks on some farming communities in Shiroro, Rafi, Mariga, Mashegu, Rijau and parts of Magama local government areas of Niger State despite alleged seize fire early last month. Despite negotiations entered by some community leaders for seize fire, the bandits have reneged on their promises as they continue to launch attacks on them. Consequently, it was learnt that most farmers especially from Shiroro axis have abandoned their farms for Internally Displaced Persons (IDPs) camp.

Also, recently, no fewer than 15 communities in Edo State in collaboration with civil society organisations (CSOs), barricaded the Lagos-Benin express road in protest against the nefarious activities of alleged herdsmen which they said had resulted to killings, destructions of farm produce and forceful evictions from their ancestral homes. The communities, namely, Odiguetue, Ofintebe, Igolo, Okokuo, Abumwenre I and II, Obarenren, Uhiere, Uyimo I and II, could no longer suffer in silence.

Speaking for the communities and for the civil rights groups, legal practitioner and former Edo State attorney general and commissioner for justice, Osagie Obayuwana said they were worried about the looming crisis brewing in the various communities in the state, allegedly orchestrated by armed herdsmen.

“We want the whole world to know the ugly experience our people have been passing through for quite some time now. We are zeroing it on Ovia North East communities. About 15 communities have been under siege for some years. Farmers have been prevented from going to their farms, another planting season is going away, they have been sentenced to hunger, farmers and their families and this has an implication for the larger society. It is one of the reasons the price of food is rising beyond the reach of even those in the middle class,” he said. The suffering of the farmers in Edo State is similar to other parts of Southern Nigeria where like their Northern counterparts they cannot access their ancestral lands for farming. This has dire consequences on the ability of the nation to feed itself. This can no longer be tolerated.

The security of lives and property is the reason for the existence of government. Government must provide security for farmers
that feed the nation. So also, must security be provided for all
Nigerians.

If serious effort is not made to keep our farms safe the consequences will be food importation at huge cost, hunger, starvation and more
insecurity!

Whether it is the option of Zamfara State government, which was rejected by the federal government through the Chief of Defence Staff
or whatever, now is the time to make our farms and rural communities safe!