by Ray Morphy
in Columns, Backpage
0 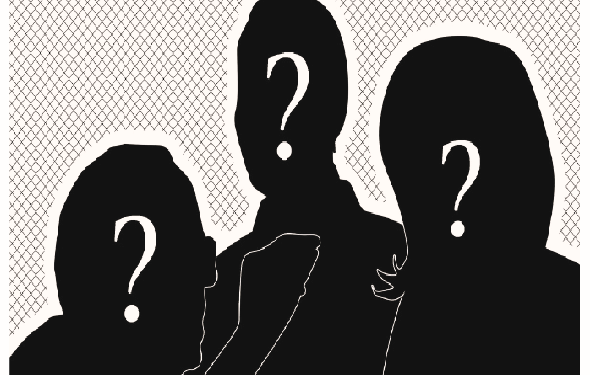 The 2023 general election is about six months away. Already, the political atmosphere is getting charged as eighteen registered political parties strategize on how to outsmart each other in becoming the preferred platforms with the most electable candidates who can solve the many political, socio-economic and security problems that our country faces today.

All the 18 registered political parties have now submitted the names  of their candidates for the 2023 general election, from the highest office in the land to the lowest! And the electorate are not left behind.

This is despite the fact that the Electoral Act 2022 allows INEC to continue with the exercise until 90 days prior to the election. What is obvious from the massive turn out of Nigerians to get registered and get their PVCs is the hunger to take back their country from failed politicians who have serially disappointed the masses and quashed their dreams for a better Nigeria since 1999.

However, getting registered is one thing and going out to vote and protect your vote is another matter. For those who have decided that they will go out and vote on election days, it is my wish that they should vote for the most capable candidates on the ballot. By this I mean, they should ask themselves, who is the best presidential candidate that is capable of solving the various challenges facing the country viz: 18.6 per cent inflation rate; unemployment rate of over 35 per cent! That Nigeria is the poverty capital of the world is a huge challenge; on top of that, we are one of the lowest recipients of Foreign Direct Investment (FDI) in Africa; we have a horrid exchange rate of over N600+ to $1; power generation of only 4000megawatt of electricity at its peak; public university shutdown for over eight months now with a huge backlog of stalled students; revenue generation not enough to service foreign and local debts; little or no   infrastructure; collapsed health system; borrowing money to pay salaries of workers; the nation’s refineries not working; the trillions of naira subsidy payments; high cost of diesel and fuel; wage war against corruption; secessionist agitations; banditry; insurgency; terrorism; farmers/herders killings; ethnic and religious divisions and many more?

Given that the presidency of the country is a hugely tasking job, which of the candidates have the capacity, intelligence and the vigor to bear the burden of the office! We need at this time a gallant virile individual who can face up the multifaceted tasks without buckling healthwise. This fitness question is important for the electorate to answer before they make their choice of whom to vote for the office of the president, because the incumbent President, Muhammadu Buhari have severally lamented that he could have done better were he younger and stronger. Everyone is slowed down by age, and Nigeria needs a hands-on president if we are to get out of the quagmire that unprepared politicians have thrown the country into.

That same capability check should also be the yardstick for selecting who to vote for as governor, senator, House of Representatives member and state House of Assembly member. Before you vote a candidate for governor, ask yourself if he is the best candidate on offer! Can he irrespective of political party affiliations solve the problems confronting your state? Is the senator you are going to vote for, the best that your senatorial district has to offer? Do you trust that he would go to Abuja and represent the best interest of the senatorial district or is he the one that would get to Abuja and forget those who sent him on errand to the Red Chambers of the National Assembly? Is the House of Representatives member you are

going to vote for, the best for the job, irrespective of party affiliations and other sentiments that has nothing to do with capacity? Is the state House of Assembly member you are going to vote for the best that could go to the state capital and speak truth to power and bring home the much talked about dividends of democracy?

Only you, the voter, is the king maker, but you must elect the best of the various kings that would protect your best interests. You have to vote for the best among the candidates. Do not collect N5000 and give your vote away to those that would impoverish you and the country for the next four years. That is my message to the Nigerian voter. Good enough the Electoral Act 2022 has returned power back to the people, thanks to President Muhammadu Buhari who signed it into law and most importantly the civil society groups that literally  pushed him until he finally signed it.

The Electoral Act 2022 that approves electronic accreditation and transmission of results is the game changer that has levelled the political field. Before now elections are won by the candidates that  have the highest capacity to rig the elections. At that time thuggery was the order on election day. Ballot snatching, over voting and multiple thump printing of ballot papers characterized the elections.

That is history and thanks to technology.

The Bimodal Verification Accreditation System (BVAS) which has replaced the smart card reader is the game changer. With BVAS if you  are not accredited through your face or finger prints, you cannot vote. There are no incident forms through which politicians used to perpetrate electoral fraud. The results are transmitted electronically into INEC server at the end of the voting and the votes counted and announced in the presence of everyone present, including party agents, voters, observers, security agents and the results entered in electronically and transmitted electronically. And as the results are dropping into INEC server in real time this will be monitored by variety of interest groups including candidates, political parties, civil society organisations, local and international monitors from the comfort of their various situation rooms. This should be a confidence booster for the Nigerian voters. They have been handed the best opportunity since 1999 to elect the best for Nigeria from the top to the bottom (Presidency to state House of Assembly). They should vote wisely. For the sake of Nigeria, they should vote for the best candidates at all levels in 2023!