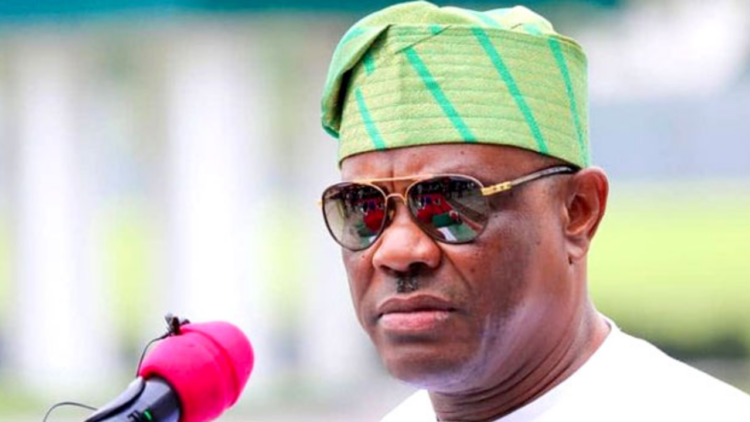 Wike, who spoke at the event said the G-5 governors are solidly behind the PDP candidates in State for the 2023 general election.

He said the stand of the G-5 in the party is borne out of the members’ demand for equity, fairness and justice, adding despite the current unpalatable events in the party, their membership is intact.

Similarly, the leader of the G-5 and governor of Benue State, Sam Ortom, along with his colleagues of Enugu and Oyo,  Ifeanyi Ugwuanyi and Seyi Makinde respectively agreed with Wike.

In his comment, the host governor, Okezie Ikpeazu, said he was confident the party would win the election “because the present administration has bequeathed unprecedented legacies on the state.”

After receiving the flag from the national deputy chairman of the party (South), Ambassador Taofeek Arapaja, the governorship candidate, Prof Uche Ikonne said he was inching towards the seat.

The state chairman of the party, Asiforo Okere and the speaker of the state House of Assembly, Chinedum Orji also expressed their hope of victory for the party.

According to Ikpeazu, no other political party is existing in Abia State and those that claim to be existing are people of zero electoral value. He expressed hope the incoming administration of Ikonne would sustain his legacies in the State.

The governors, who congratulated all candidates that received flags, expressed hope that they would win and assured that the G-5 would support the PDP candidates in the State. They described Governor Ikpeazu as a performer and man of integrity who is trusted.

How I Jettisoned Scholarship To Serve God – Idoniboye