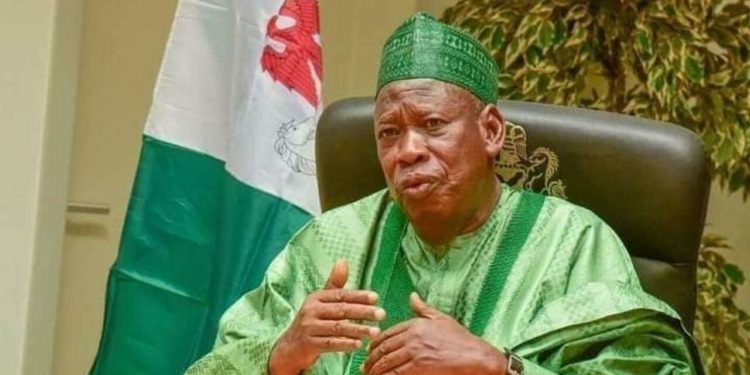 Kano State Governor Abdullahi Ganduje has given N3m to a student, Suwidi Sani, for his brilliant performance at the just concluded young Nigerian scientists Presidential Award.

Suwidi, an native of Nasarawa local government area of the state, emerged 7th and was the only northerner among the first 10 participants.

Presenting the cash prize, the commissioner for higher education, Dr. Mariya Mahmud Bunkure, said the student had gained admission to study at the Bayero University Kano after scoring 303 in the joint marticulation examination.

She said apart from the amount given, the state government had also offered to sponsor his post graduate studies after completing his first degree progroamme.

The commissioner said the state government had also paid outstanding fees of over N400 million for Kano students in Cyprus and France, in addition to other post graduate students on scholarship.

The commissioner who was represented by the permanent secretary in the ministry, Dr. Binta Umar Bala, said they would follow up to ensure that the money is used judiciously.

Recieving the donation, Suwidi Sani said he would not relent in his efforts and would do everything possible to be among the best students in Bayero University Kano.

He commended the governor, commissioners, his parents and teachers for encouraging and supporting him at all times.