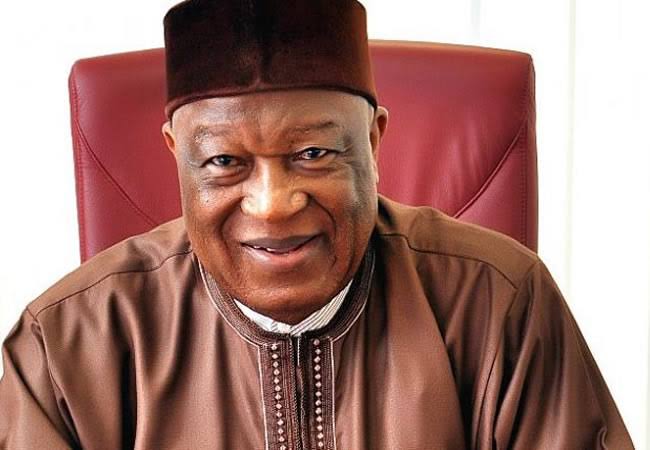 The former national chairman of the Peoples Democratic Party (PDP), Senator Barnabas Gemade, has rejected the results of the recently concluded All Progressives Congress (APC) primary election in Benue State, which produced Rev. Fr. Hyacinth Iormem Alia as the candidate of the party.

This is even as one of the leading APC governorship aspirant, Hon. Sam Ode, said he has accepted the outcome of the exercise as officially announced by the Election Committee.

In a congratulatory message signed by Hon. Ode, he stated that Fr. Alia’s victory clearly acknowledged his momentous acceptability by members of the APC family, as well as the trust and confidence of the people of Benue in his ability to salvage the state.

“I wish to state here that I, Hon. Barr  Sam Ode, mni,  has accepted the result of the APC governorship primary election in the state as officially announced by the Governorship Primary Election Committee. I therefore, align myself with your decisive and resounding victory.

“I am confident that the emergence of Very Revd. Fr. Hyacinth Alia as the candidate of our great party will rekindle the hope of the common man in the Benue Project and encourage Benue voters to overwhelmingly elect the candidate of the APC as the next Governor of the state come 2023.

“As we move into the next segment of the campaign, we ought to imbibe unity of purpose and determination so as to forestall the challenges of the general election in 2023. I therefore, urge the Benue APC family to close ranks and work together as a formidable team to be able to democratically oust the insensitive and incompetent PDP-led administration in the state”

Meanwhile, Senator Gemade, who was also aspiring to be the governor of the State come 2023, had his dreams cut short when the Gubernatorial Committee announced Revd. Fr. Alia as the winner of the primary election for scoring the highest votes of 526,807.

In his petition presented to the Appeal Panel headed by Princess Uzoama Onyema, Gemade accused some of the committee members of filling the result sheets with fictitious scores.

The former lawmaker, therefore, sought some reliefs from the panel, including a declaration that no direct primaries for the APC gubernatorial primary election held in Benue State, among others.

The petitioner also sought the declaration that the purported direct primary election for the APC gubernatorial election held on the May 27, 2022 was null and void and of no effect and it should be cancelled.

Gemade also sought for a fresh gubernatorial primary election for APC to be held in Benue State in the interest of the party.

Engr. Gemade also disclosed that the list of officials posted to 276 council wards of the State were not published or posted as required by the law.

LEADERSHIP reports that the Election Appeal Panel has commenced hearings on May 30, 2022 at the APC state secretariat in Makurdi, the state capital.

Clark To Ayu: Resign Now, You're Unfit To Be PDP Chairman