by Our Correspondent
in Sports
Reading Time: 1 min read 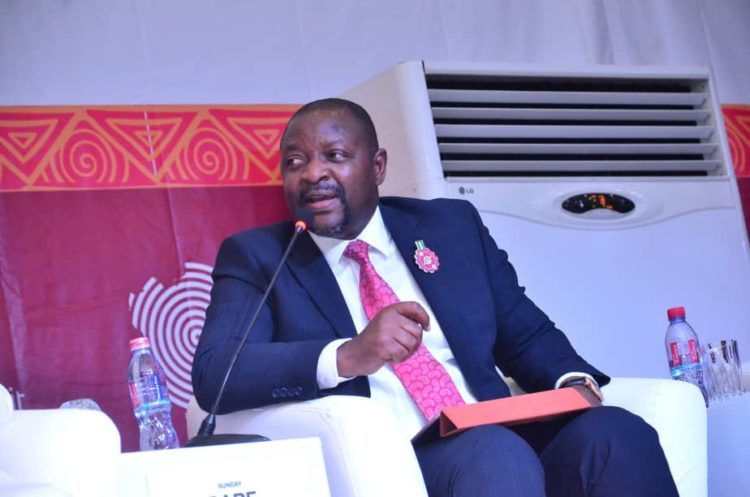 The minister of Youth and Sports Development, Sunday Dare, has expressed his excitement on the giants strides recorded so far in sports sector as he celebrates his 56th birthday.

The minister who came in during the second term of the President Mohammadu Buhari administration, has been able to achieve some leap in sports that looked impossible.
After 11 years of neglect, the Moshood Abiola Stadium, Abuja, was refurbished with the Super Eagles playing their World Cup qualifier against Ghana at the edifice with other national women teams also playing there.
Also, the National Stadium, Surulere, also abandoned for 19 years is almost completed with the grass and the titan track almost ready for use remaining the terraces and the stands.

There was also the Adopt-a-Talent initiative by the minister, allowing individuals and companies to adopt some of the country’s top athletes with as much as $20,000, allowing them enough grants to prepare for the last Olympics among so many other things.

Speaking with our correspondent, Dare said he was happy to have impacted so much in sports and he is not going to relent doing his job.
“Yes we encountered problems here and there, but I am happy that we are marching forward with the development of sports in the country,” he said.
“The job given to me by the president is to make the Ministry of Youths and Sports Development viable again and I am glad that we are going in the right direction.
“At 56, I am still very young and before the end of our tenure, we still have a lot of things to do especially with so many events happening this year and 2023.”