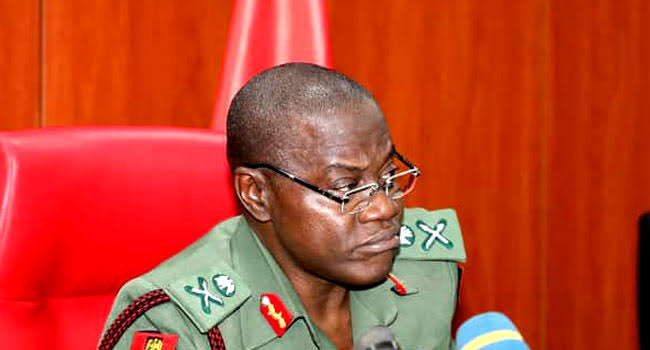 The Chief of Army Staff (COAS) Lt Gen Farouk Yahaya has said the Nigerian Army is combat ready to deal with terrorists in the country and urged the troops to go on full offensive against the terrorists and bandits.

General Yahaya stated this yesterday at the seminar organised for officers and soldiers of the 8 Division, Giginya Barrack, Sokoto, by the Department of Transformation and Innovation, themed “Intensifying warrior ethos and regimentation in the Nigerian Army.”

While admitting that Nigeria is facing huge security challenges ranging from banditry, terrorism and militias, he appealed to them to exhibit a high sense of professionalism and dedication in the conduct of their assignments by adhering strictly to the rules of the task.

Acknowledging that troops have made tremendous successes against the enemies of the nation, he also encouraged them to channel their energy toward addressing the nation’s security challenges., as all the adversaries of Nigeria must be defeated decisively.

“Let me tell you, this can be achieved in accordance with our constitutional responsibility as an Army. You should take victorious songs as a charge and work towards changing the psyche of the troops by developing a winning posture.

‘l commend the Department of Transformation and Innovation  (Army), for organizing this all important seminar to sharpen the fighting spirit of the troops and rejuvenate the tenets of basic soldering , strict adherence to the customs traditions , ethics of the Army and upholding regimentation in all Nigerian Army formation and units,” COAS Yahaya stated.

Earlier, the Chief of Transformation and Innovation of the Nigerian Army, Maj Gen Ofoche Charles said the seminar is apt and timely, looking at recent happenings in the country.