Governors are adamant that the federal government should not pay $418m to consultants for the Paris refund services despite plans by the attorney general to do so. JONATHAN NDA- ISAIAH writes 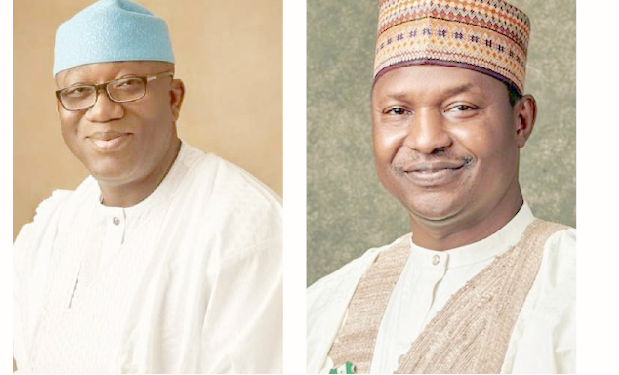 The controversy about whether the federal government should pay consultants $418 million for the Paris refunds seems not to be abating.

The Paris Club became popular in Nigeria in 2005 when the ‘Club’ judged the federal government’s economic reforms as far-reaching and focused that it canceled 60 percent of the country’s $30 billion debt.

Between 1995 and 2002, before the debt was written off, the federal government had agreements with state governments to deduct certain amounts from their federal allocation to service the debts.

Following a final agreement with the club in October 2005, some states that have been overcharged in the debt servicing arrangement applied for a refund.

In December 2016, the federal government eventually agreed to refund the states but in three tranches.

The controversy came about when some consultants demanded money for their service in facilitating the payment, a move the governors frowned at. According to them, there are several deductions from the statutory allocations of states, and further deductions would spell doom.

Recall that the 36 states of the federation in April this year warned the federal government not to tamper with funds accruing to them and the 774 local councils under the guise of satisfying an alleged $418 million London/Paris Club Loan refund-related judgment debts.

The states said they were not parties to any suit on the London/Paris Club refund, and as such were not liable to any person or entity in any judgment debt being relied on by the federal government.

Speaking through the body of Attorneys-General of the Federation, the states warned further that should the federal government proceed to make any such deduction, it would be acting illegally and in contempt of their appeal challenging the judgment.

They gave the warning in an April 4 letter as part of their response to a November 11, 2021 letter from the Minister of Finance, Budget, and National Planning, advertising the commencement of the deduction for liquidation of the alleged judgment debts.

The letter noted that the deduction of the allocations due to the 36 states of the federation from the Federation Account to liquidate the London/Paris Club Loan refund-related judgment debts is the subject of an appeal filed by the 36 states at the Court of Appeal, Abuja.

The governors queried that the matter regarding the payment of the consultancy fees to the companies is still pending before the Court of Appeal.

They stressed that the order by the AGF mandating the Ministry of Finance to pay such humongous funds was a clear case of abuse of court process, which amounted to being subjudice.

They also queried the haste with which Malami is facilitating the payment accusing him of bias.

This month, the governors raised the alarm of another attempt by the ministers of Justice and Finance to to effect payment of the sum of $418 million to four contractors who allegedly executed contracts in respect of the Paris Club refunds to the states and local governments.

The governors, noting that the ministers have secured the buy-in of the Federal Executive Council, said the move would circumvent the law and the recent Judgment of the Supreme Court.

In a letter addressed to the secretary to the government of the federation, Boss Mustapha, the governors recalled how an earlier approval of the president “under the instrumentality of the AGF and HMF” to pay the said sum to the contractors through the issuance of Promissory Notes was resisted after they approached the Court through their attorneys-general.

According to the NGF chairman and Ekiti State governor, Kayode Fayemi, the matter is currently pending appeal at the Court of Appeal in Abuja for hearing.

Fayemi said pending the appeal, one of the contractors, who is a beneficiary of the Promissory Notes in the sum of $USD 142,028,941.95, Riok Nigeria Limited, and who had lost at the Court of Appeal, further appealed to the SC in SUIT NO: SC 337/2018.

He said the Supreme Court on June 3, 2022 dismissed Riok’s appeal as lacking in merit, noting that the apex court also made clear that neither the NGF nor ALGON have the power to award contracts and charge the same directly to the Federation Account as done in this case.

“The dismissal of RIOK’S case by the SC also affected the payment of $1,219,440.45 and $215,195.36 to two private lawyers to RIOK, Nwafor Orizu and Olaitan Bello who are also beneficiaries of Promissory Notes by the DMO.

Fayemi added that these cases are pending and no steps ought to be taken to enforce the Judgment and alter the status quo until the matters are fully determined, adding that a caveat restraining all parties concerned and the public from dealing or honoring Promissory Notes issued had earlier been published.

“The funds certainly cannot be accessed through the Federation Account as vigorously pursued by the AGF and HMF.”

The governors urged the ministers of Justice and Finance not to, under any guise, stampede the executive council to take a decision which will be patently unconstitutional, illegal and an affront to the highest court of the land.

They further said in the face of the economic realities and security challenges facing the nation and competing for allocation of scarce resources, “the payment of contractors of the humongous sum of $418 Million from the public treasury is not and should not be the priority of FEC.”

Subsequently, President Muhammadu Buhari, last Tuesday, directed the minister of justice and Attorney General of the Federation, Abubakar Malami, and minister of finance, Zainab Ahmed to halt the payment to the contractors.

However, by Thursday of the same week, the minister of justice claimed the state governors had no basis for complaining about the Paris Club refund deductions paid to consultants they hired.

Malami also explained that the governors took steps to pay the consultants and later decided to stop payment while asking for an out-of-court settlement when the matter was dragged to court.

This, according to him, resulted in a request to President Buhari to make the payment, which was then passed on to the Office of the AGF for a legal opinion.

“The Governor’s forum comprising all the governors sat down commonly agreed on the engagement of a consultant to provide certain services for them relating to the recovery of the Paris Club. So, it was the governor’s forum under the federal government in the first place that engaged the consultant,” he said.

“When eventually, successes were recorded associated with the refund, associated with Paris Club, the governors collectively and individually presented a request to the federal government for the fund.

“And among the components of the claim presented for the consideration of the federal government was a component related to the payment of these consultants that are now constituting the subject of contention. So the implication of that is that the governors in their own right recognized the consultant, recognized their claim, and presented such claim to the federal government.”

As it stands the dispute is far from abated even as pundits wonder if the tussle is really in the interest of Nigerians.