by Obinna Ogbonnaya
in Politics
0 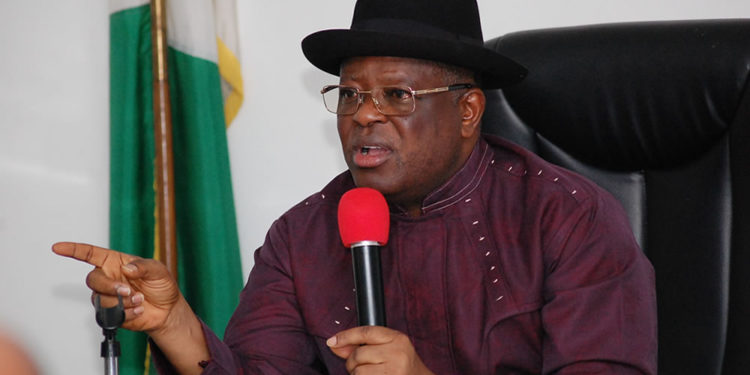 Mixed reaction has continued to trail the expulsion of Governor David Umahi’s rival for the Ebonyi South Senatorial ticket of the All Progressives Congress (APC) Mrs. Ann Ago-Eze ahead of the 2023 National Assembly election in the state.

Mrs. Ann Ago-Eze who is contesting the APC senatorial ticket for Ebonyi South zone with Umahi at the Court of Appeal in Abuja was at the weekend expelled from the party over alleged gross misconduct.

Briefing Journalists shortly after the expulsion, the state party chairman, who coincidentally hails from the Senatorial District, Chief Stanley Okoro Emegha said Mrs. Ago-Eze has rebelliously jeopardised her membership of the party by vehemently violating the constitution which prohibits any act of dishonesty capable of disparaging the party or its members.

“Mrs Agomeze has recklessly disparaged herself too by eating back her words in an effort to satisfy her paymasters.

an who voluntarily wrote, signed and submitted her letter of withdrawal from a Senatorial primary that gave the Federal High Court, Abakakili the powers to order for a fresh election, still deny it in broad daylight?”

“It is on record that she also swore an affidavit to that effect and all these documents are substantially available including at the National Secretariat”.