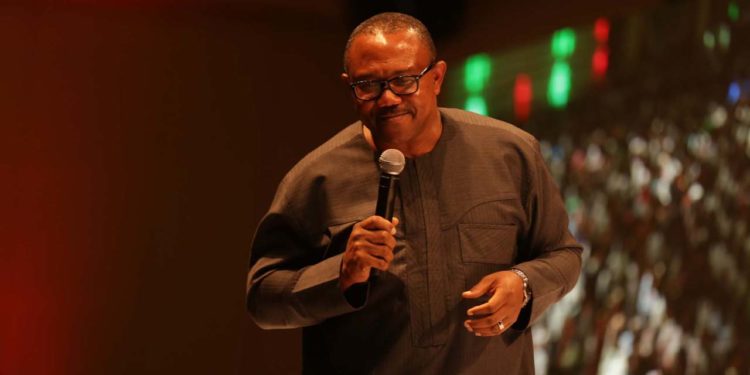 An Onitsha-based human-rights group, International Society for Civil Liberties and Rule of Law (Intersociety) has alleged a plot to assassinate the presidential candidate of the Labour Party, Mr. Peter Obi.

In a statement signed by the chairman of its Board of Trustees, Mr. Emeka Umeagbalasi and other senior officials, the group claimed that it had credible intelligence that a plot was being hatched to eliminate the former Anambra State governor before the 2023 presidential election.

The group in the statement stated: “Intersociety is strongly and unmistakably raising alarm and alerting the world especially the office of the United Nations Secretary-General and Presidents of the UN General Assembly and the UN Security Council; that the life, safety and liberty of Mr. Peter Obi, are in grave danger.

“These are on account of the fact that politico-religious extremists in the Nigerian political establishment have assigned the country’s jihadists to assassinate him in coming weeks or months, or before the 2023 presidential election scheduled to take place at a date in February 2023.”

Intersociety appealed “The highly respected local and international authorities above mentioned are hereby.

The group stated that the alarm was particularly based on a recent confession by an alleged Fulani kidnapper, who revealed to his captive on the plot to kill Obi.

The group said a kidnap victim,  Dr Frankln Ezeonwuka of the Spiritan University, Nneochi, Isuochi, Abia State, the same area where the Prelate of the Methodist Church, Most Rev. Uche Kanu was kidnapped, said some Fulani herdsmen had revealed to him while he was in their captivity that the presidential hopeful was their next target.

Intersociety said; “On Wednesday, 15th June 2022, Dr. Frankln Ezeonwuka of the Spiritan University, Nneochi in Umunneochi Local Government Area of Abia State was pursued in his jeep and abducted by some AK-47 rifle armed Fulani jihadists.

“A huge ransom of N20million was later mobilised by his Amesi kinsmen and paid before he was freed along with the female staff. It was while in the captivity of the jihadists that the lecturer was told so many unprintable evil plans they have against the Igbo nation.

“These include lethal plans to stop the candidacy of Mr. Peter Obi whom they said had been marked for assassination.”