by Jerry Emmanson and Agency Report
in News
0 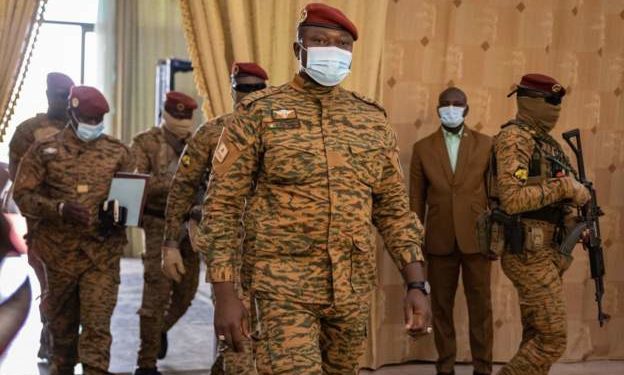 Burkina Faso’s government has announced three days of national mourning from Tuesday for the at least 50 civilians killed over the weekend in the north of the country.

Military leader Lieutenant Colonel Paul-Henri Damiba issued the decree late on Monday for the mourning to be observed across the country.

On Monday, the government said that 50 civilians had been killed in the attack by “unidentified armed men” in Seytenga area and warned that the toll may rise. Some reports have put the deaths at 100 or more.

During the mourning period, flags will flown at half-mast on all public buildings and all Burkina Faso missions abroad

Celebrations and recreational events are also prohibited for the period.

The raid is a major setback for the military government, which forced its way to power accusing the elected government of failing address the insecurity by jihadist groups.

The conflict which also affects swathes of Mali and Niger is displacing rural communities and contributing to a severe shortage of food.