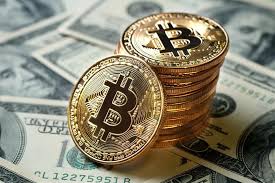 Bitcoin has inspired a revolution like no other, rapidly transforming various aspects of the global economy.

Early Bitcoin critics described it as a speculative and unregulated financial instrument that would significantly disrupt global markets. However, Bitcoin has proven the exact opposite, as seen in its rapid adoption across multiple international economic sectors.

Bitcoin is currently the world’s most prominent crypto, recognized and accepted in finance, manufacturing, real estate, healthcare, travel, and retail. Its adoption is increasingly taking shape in several critical aspects of society.

While Bitcoin remains subject to high volatility and increasing pressures from government regulators, its benefits outweigh the potential risks. Here are the key ways through which Bitcoin benefits society.

The traditional financial systems give governments the absolute powers to control how people manage their wealth. Governments use their central banks to regulate the money supply and the public’s spending. That impacts many inefficiencies and financial bureaucracies since those institutions are often subject to political influences.

Satoshi Nakamoto unveiled Bitcoin as an alternative transaction currency, free from political influence. It has no central entity or individual that regulates its supply and usage. Instead, Bitcoin users assume collective ownership of the network. Its decentralization facilitates the transfer and receipt of payments worldwide without external interference.

Bitcoin gives corporations, merchants, and individuals the freedom to send and receive payments and invest worldwide. It ensures greater autonomy in financial transactions and wealth management, which the conventional systems do not provide.

Banking on the Unbanked

Banks have been the sole custodians of financial transactions for centuries. However, several parts of the world still lack access to basic banking facilities. Over 2 billion people globally don’t have bank accounts, making it impossible for them to transact with the rest of the world and access financial services such as loans whenever they are in need.

Bitcoin offers the best solution because users do not need bank accounts to transact it. Instead, anyone can join the Bitcoin network via a smartphone and an internet connection. That means users do not have to go through any financial institution to acquire or transact Bitcoin. It enables even the populations without access to banking facilities to conveniently transact with the rest of the world.

The ease of accessing and using Bitcoin promotes financial inclusion. It facilitates the seamless flow of capital across international borders, driving growth and development in different parts of the world.

Bitcoin has increasingly inspired numerous business opportunities in multiple global sectors. It has independently inspired an entire crypto industry, valued at more than $3 trillion. It has seen the development of various cryptocurrencies and unique financial products for institutional investors and individuals worldwide.

Bitcoin has unveiled new and lucrative investment opportunities such as crypto trading and mining, attracting global investors. Bitcoin is now an independent asset class, traded on leading stock markets and crypto exchanges worldwide. Crypto trading is one of the most straightforward and profitable ways to invest in Bitcoin.

Crypto traders buy and sell Bitcoin and other cryptocurrencies on platforms such as the Quantum AI Trading for short-term and long-term profits.

Bitcoin owes most of its success to blockchain technology, a revolutionary platform that supports robust innovations. Apart from facilitating the Bitcoin network’s enhanced security, blockchain technology is open-source software where innovators can build various projects, products, and services to benefit society. It can help corporations, governments, and businesses to execute smart contracts, streamline inventory management and digitize voting. Besides, Bitcoin is a digital currency, championing the shift to a cashless global economy.

Bitcoin is a highly volatile and unregulated currency. However, those are also some of Bitcoin’s greatest strengths, contributing to increased user autonomy, financial inclusion, and substantial returns on investments to investors.