How TikTok Nigeria’s Creators Manager, Ayrubber, Paid The Price To The Way Up 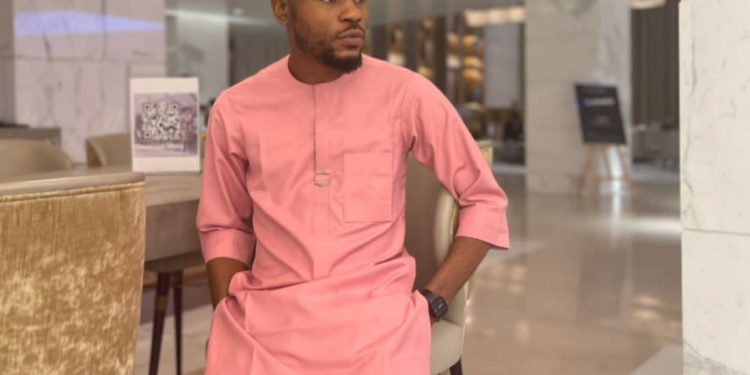 An anonymous author wrote that: “If you find yourself going in circles, may be you are cutting too many corners.” There are prices to be paid to attain greatness for anyone interested must be willing and ready.

Life deliberately takes us through those experiences, so that they prepare for opportunities. People who have gladly embrace what life throws at them, with the determination to make the best of them, usually make better leaders.

Adedoyin Ayomide Samuel, who is also known by the moniker Ayrubber, who is TikTok Nigeria’s Creator Operations Manager, began his journey as a student of the Nigerian Institute of Journalism (NIJ) in Lagos. He diligently climbed through the ladder and later became the golden voice on a number of radio and television stations.

“I have given in to a lot of risks, but a notable one was back then on Lagos Traffic Radio when I was an Intern. My shift with the other Interns was meant to end by 5 pm and the next one was by 6pm to 9 pm,” he said back then in an interview.

“My other colleagues have gone home, but because I wanted to learn more, I had to stay back with the presenter on duty to see how he did his thing. I did this so many times and it helped me. That was one of my biggest risks among sleepless nights in school”.

Adedoyin Samuel carved a niche for himself in Nigeria’s media space, as the best in the industry are based in the country’s commercial centre. Talent and impact are two things that cannot be hidden for long and they quickly manifested in Ayrubber, who then began to help others identify, nurture and manage the talent in them. He is driven by content creation, which he believes is the crux about being talented.

“As a Talent Manager, my drive has always been to make sure I helped someone from point 0 to 100. I have always tried to see the talents and make them blow. I just want to make an impact and it’s not necessarily about the money.

“That is when the content creation comes in when you see a talent you connect them to become a better person and also give support for the development of such talent”, Ayrubber also stated.

Even with limited resources, the TikTok Nigeria’s official would visit orphanage homes in Lagos to donate food items, other essential needs and cash, to help keep them running.

It didnt come as a surprise when he moved up the ladder in his career, to occupy such crucial role with the social media company. He recently visited Ghana in his capacity, and he was accorded a five star welcome.

“I never expected this. @portiawekia dresses me up as a king. @wesleykessegh and the test of the #Teamsam. Creators surprised me with loads of cedis, a cake and massive love! They even brought trumpet. You guys are the best. Once again ‘Medaase,” Ayrubber wrote on social media after the visit.