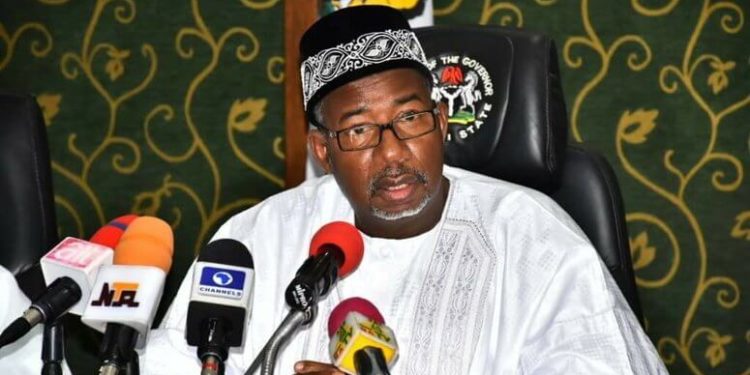 Governor Bala Mohammed of Bauchi has enjoined people of the state irrespective of religious differences to continue to offer prayers in mosques, churches and elsewhere for peaceful and harmonious co-existence, and well-being of the generality of people.

The governor, who noted with concern the recent uprisings in Gudum, Warji and Yelwa, explained that there would be no meaningful development as social interactions ceased to exist in an atmosphere of rancour, skirmishes or brigandage.

Mohammed was addressing members of Hilaguz Zikir Association of Nigeria who from within and outside the state yesterday converged in Bauchi to offer prayers for peaceful co-existence in the state and the country at large, saying peace is prerequisite for any meaningful development globally.
Represented by the commissioner for religious affairs, Hon. Umar Babayo Kesa, the governor thanked the Zakirai Mallams of the Tijjaniyya for their unrelenting prayers to the government and people of the state, noticing that Bauchi is one of the most peaceful states up North.
He, however, expressed dismay that some disgruntled elements recently ignited troubles in some parts of the state, particularly in Gudum, Yelwa and Warji, and warned that the government would not fold its arms watching such unscrupulous persons foment trouble in the society.

The governor assured citizens that the government would continue to provide an enabling atmosphere for people generally irrespective of religious or ethnic differences to practice the religion without any hindrance.

Speaking earlier, the leader of the prayer session who is also the national coordinator of Almajalish Sufi Tijjaniyya with headquarters in Sokoto, Dr, Al-amin Abdullahi Sufi said they were in Bauchi to offer prayers for their late spiritual hero, Muhammad Sunusi Murabus.

Abdullahi Sufi who stated that they gathered in Bauchi under the auspices of Hilaguz Zikir Association of Nigeria, further explained that they were also to offer prayers for the peaceful coexistence of the diverse ethnics of Nigeria, and against the insecurity bedeviling the country.

Sufi, also the Secretary-General (Education) of the Zikir Forum said they were similarly seeking Allah’s guidance for the politicians to implement laudable programmes that could tailor the needs and aspirations of generality of Nigerians.

“One of the purposes of this gathering is to remember our commander in this spiritual journey. He was a hero within us who had since departed this temporal world. We organize this type of gathering so that we can remember him. It’s also a prayer venue for him and the remaining Ummah that have passed away”, Sufi concluded.