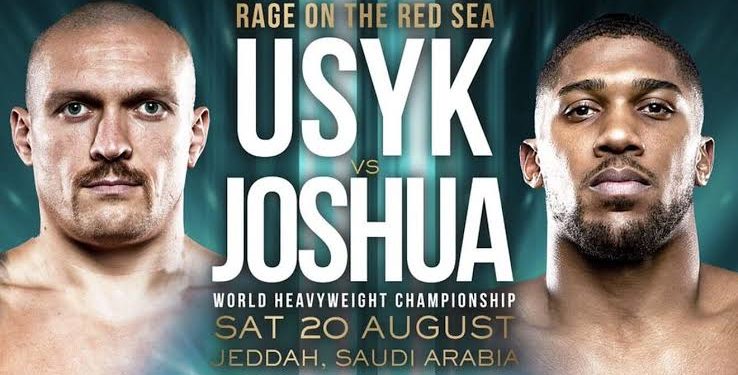 Former two-time heavyweight champion, Anthony Joshua has revealed that he’s doing everything to ensure he defeats Oleksandr Usyk in a rematch on August 20 in Jeddah, Saudi-Arabia.

In a chat with Channels TV, Joshua stated that he’s determined to win back the belts he lost last year September to Usyk.

When asked if he will be going into the ring with his Naija power, Joshua responded: “100 percent. That’s what got me here so I’m not going to get rid of it now. We are going to take it all the way.”

On September 25th 2021, Usyk put on an incredible show in front of 65,000 fans inside Tottenham Hotspur Stadium, outclassing Joshua over 12 rounds and that made the Ukrainian the new unified heavyweight world champion.

He left the stadium with the WBA (Super), IBF, WBO, and IBO titles.

7 Incredible Health Benefits Of Strawberries And Why You Should Eat More... Click Here For Details
Tags: Usyk
SendShareTweetShare
Previous Post