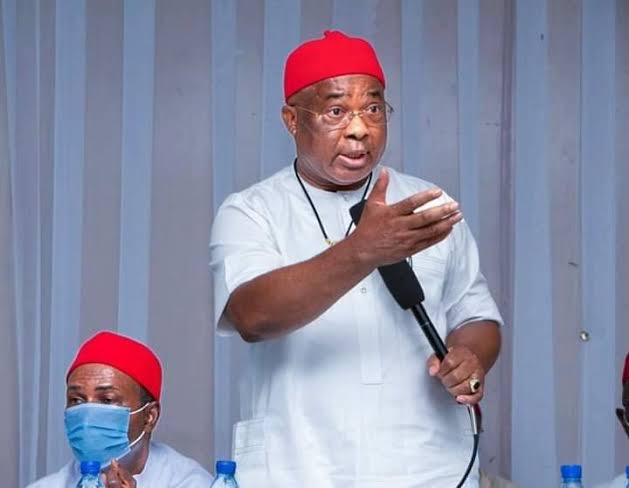 In a statement issued by the publicity secretary of the party,  Collins Opurozor, and made available to reporters,  the party also accused the governor of planning to clampdown on opposition by arresting, detaining, indefinitely, key members of the party in the state, advising Uzodimma to start preparing his handover note.

According to the statement: “We are calling on President Buhari to intervene in this matter by calling the governor to order.

“The federal government should not help to advance the agenda of a man who now poses serious threat to peace of Imo and safety of its citizens.

“The PDP in Imo views with dismay, the story making the rounds that the Uzodimma administration has concluded plans to arrest and, indefinitely, detain some prominent leaders of our party ahead of the 2023 general elections over some false, imaginary and trumped-up charges.

“What is really distressing about the whole saga is not so much that it is being promoted and syndicated by Uzodinma’s men, but that the state Police Command, which has been reported to be behind this provocative hatchet operation, has, till this moment, refused to come out clean about its alleged role.

“Our party, therefore, warns that the attempt by Uzodimma to gag, incarcerate, crush or eliminate our leaders will be met with stiff resistance, and would backfire.

“Uzodimma and his band of political jaywalkers must denounce aggression and give peace a chance in Imo,” he said.

Reacting, the commissioner for Information and Strategy, Declan Emelumba, said the law enforcement agencies have the constitutional right to investigate matters brought to their notice.

This government is responsible and responsive, concentrates on administration.

He advised any individual that has case to answer to make himself available to the authority.

Many Things Are Wrong With Nigeria’s Health, Education Sectors – Okowa