Many Things Are Wrong With Nigeria’s Health, Education Sectors – Okowa 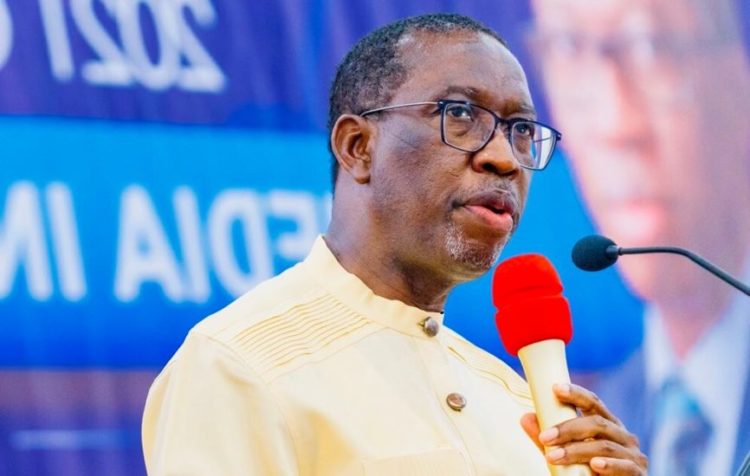 Delta State governor and vice-presidential candidate of the Peoples Democratic Party in the 2023 election, Ifeanyi Okowa, has said too many things are wrong in the health and education sectors in the country.

Okowa made the assertion yesterday when he received members of the Committee of Chief Medical Directors and Medical Directors of Federal Tertiary Institutions in Nigeria led by Prof. Abubakar Auwal who visited him at Government House, Asaba.

He lamented the exodus of medical doctors and nurses from the country in search of greener pastures, saying that healthcare providers should be provided with facilities to enable them discharge their professional duties as a way of halting brain drain in the country.

While reiterating the need for government to improve the condition of service for doctors and other health personnel, the governor noted that their exit, if not checked, would culminate in loss of capable hands to render critical medical services to patients.

According to him, the federal and sub-national governments should do the needful by prioritising healthcare delivery through deliberate policy framework that would enable the country to retain its healthcare professionals.

The governor said federal and state governments should place high premium on the healthcare needs of the masses, their education and welfare scheme as a veritable means of enhancing their living standard.

“I am calling for improved condition of service for healthcare professionals so as to discourage their migration from the country in search of greener pastures. Every visionary government must take proactive steps aimed at providing qualitative and affordable healthcare delivery system that will take care of the vulnerable segment of the society.

“I am glad that you have a strong committee, especially in the current times that we are in with lots of issues in our nation. I believe that your work is not easy and you realise the challenges we face in medical institutions,” he said.

Okowa, therefore, urged the federal government to do the needful so that the union’s strike would be called off to enable students resume studies.

Earlier, the leader of the team, Prof. Auwal, said that they were in the state for their meeting and thanked Governor Okowa for prioritising healthcare delivery for residents of the state and his giant strides in other sectors of the state’s economy.

He called on other sub-national governments in the country to emulate Okowa’s developmental policies and programmes.

Wike To Sign Omehia’s Derecognition As Former Governor Into Law