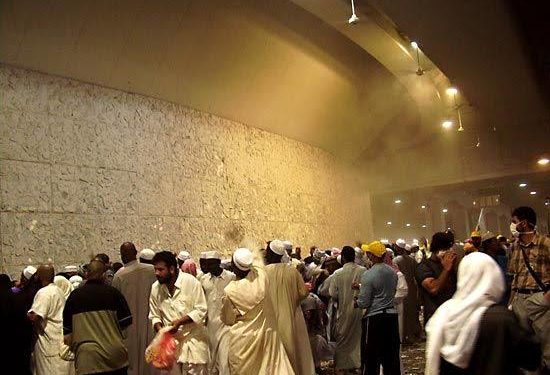 The National Hajj Commission of Nigeria (NAHCON), has begun airlifting the nearly 30,000 pilgrims who participated in the 2022 Hajj season back to Nigeria from Saudi Arabia, where they more than one million other pilgrims from around the world. Chairman of NAHCOM, Zikrullah Kunle Hassan has acknowledged the many challenging experiences during this year’s Hajj. He has attributed some of the difficulties  to lateness by the Saudi authorities in rolling out guidelines for the exercise, the delay in the issuance of visas to Nigerians pilgrims and unexpected flight cancellations.

NAHCON has even gone as far as offering deep and unreserved regrets to entire intending pilgrims to 2022 Hajj for the hardships and disappointments suffered during outbound airlift operations to the holy land.

The commission, in a statement shortly after the last flight to Saudi Arabia left the country, acknowledged that it was incapacitated in discharging its responsibility fully, majorly due to last minute setbacks that frustrated its plan to conclude airlift of pilgrims by 27th June of this year. It said the chartered flights option that gave so much hope to NAHCON and the Private Tour Operators’ leadership also became a failure as their IBAN accounts failed accreditation by the respective authorities in Saudi Arabia.

NAHCOM’s statement said, “Specifically, the following numbers of affected pilgrims would not make it to Saudi Arabia before closure of Jeddah airport, hence they are sadly bound to miss this year’s Hajj. They are: Nine (9) pilgrims from Bauchi state; 91 pilgrims from Plateau state; 700 pilgrims from Kano state and an estimated 750 pilgrims from the Private Tour Operators sector.

The Commission gives assurance that all affected pilgrims will be refunded their Hajj fares while it will work towards improving its deficiencies against next time. NAHCON has learnt a lot of lessons and is determined not to have a repetition of the unfortunate situation. Management knows that no number of apologies could pay for the disappointments some Muslim faithfuls are currently experiencing as a result.”

One thing the Commission is right about is that the apology will not be enough. More than 1500 pilgrims were affected by the shoddy preparations made by NAHCOM, the airlines and the private tour operators. For the number of pilgrims whom they failed and could not airlift to the holy land, this was a one-time opportunity they may never get again. Next year is a long time away and there is no guarantee all of the intending pilgrims that NAHCOM disappointed will be in good health, will have the financial means or even the opportunity to go for the Hajj. The Commission itself acknowledged that “As people of faith, we should remember that Hajj is a divine call that one would answer at the destined time, no matter one’s wealth, health status, age or free time.” This can however not excuse its poor planning.

NAHCOM needs to be more transparent about its failings with regard to the contract it signed with the airlines saddled with the responsibility  to fly the pilgrims to and from Saudi Arabia. It was not until June 3, 2022 that the Commission signed an agreement with three irlines; Max Air, Azman Air and FlyNas to airlift pilgrims. Yet, the first flight was scheduled to take off from Maiduguri, Borno State on June 9, 2022. This was less than a week after the contracts were signed. No doubt, some of the challenges experienced were due to late planning.

NAHCOM should release the terms of the contracts it had with these airlines to the public. The pilgrims that were left behind and those who have plans to undertake the journey in the future need to have a better understanding of all that went wrong. Will the airlines that failed to show up at the designated time be penalized or will  their contract allow them to get away with the breach? Zikrullah Hassan has said lessons have been learned from this year’s Hajj that would aid NAHCON’s better performance in the next exercise. Is it that the commission did not learn from previous exercises? Whatever the lessons they have learned, they should share with the public. Every year, thousands of intending pilgrims go into a blind trust with NAHCOM and private tour operators it approves with money and safety. They deserves more answers than a simple apology.