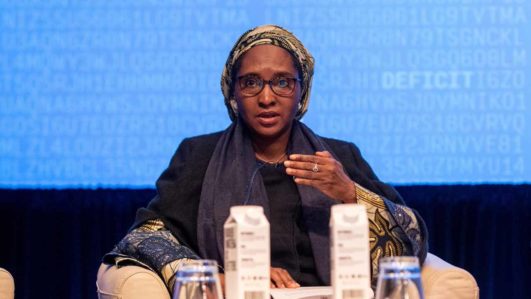 Federal government has resolved to convene the National Food Security Council meeting shortly due to the rising prices of food in the country. Minister of finance, budget and national planning, Zainab Ahmed disclosed this on Wednesday to State House correspondents after the Federal Executive Council (FEC) meeting presided over by Vice President, Yemi- Osinbajo at the Presidential Villa .

According to her, the Food Security Council chaired by President Muhammadu Buhari and co-chaired by the Kebbi state governor, Atiku Bagudu, would meet very quickly to address the issue of food inflation, and also provide a plan and some methods by which we can reduce the cost of food to support improved food prices for the citizenry.

She said the Council was briefed about the rising inflation rate and the need to manage the cost of inflation in the country.

The minister, who disclosed that the government was making efforts to address the declining sectors of the economy, said the Council received a report from her ministry for the first quarter of 2022 GDP which shows that the Nigerian economy had grown by 3.1% in the first quarter as against a growth of 0.5% in the corresponding period in 2021.

She said, “This growth shows gradual economic stability from the recession that we witnessed in 2020. And also it shows the six-quarter of positive growth that the Nigerian economy has presented.

“So, of the 46 economic activities, the bulk sector performance shows that the services sector grew strongly by 4.7%, agriculture also grew by 3.61%, Industry on the other hand contracted by -6.81%. and there’s also a significant contraction in the crude oil, petroleum, and natural gas sector of 26.04%.

“Coal mining sector also declined oil refining, the biggest contraction of 44.26%. the electricity sector, textile outcome. Therefore, even though there has been growth in some sectors, there is a significant contraction in others but the net effect is positive growth.

“We’re very mindful of the fact that unless we have most of the sectors growing, especially the growth in the jobs impacted sectors, that this growth that is positive will not be directly felt by the people,”

According to her: “We also reported to Council that inflation has started going upward to the extent that the monetary authorities of the Central Bank have had to adjust the Monetary Policy Rate (MPR) to 13% at the last Monetary Policy Committee (MPC) meeting and that’s an attempt to manage the cost of inflation.

“So, the Council has decided to set up a special effort to look at the sectors that are not growing and also to look at how we can grow the other sectors better.”

Meanwhile, Council also approved a total sum of N23.115 billion for contracts in both Police Affairs and Petroleum Resources ministries.

While the Police Affairs ministries got the sum of N8,315,209,825 for procurement of raincoats, Police boots, and others, the Petroleum Ministry got N11 billion for contracts.

Giving the breakdown, the Minister of Police Affairs, Maigari Dingyadi said the Council okayed the Memorandum of Understanding for the purchase of 82 Toyota brand of vehicles.

“N1.9 billion for customized raincoats; customized Police boots at N576 million; Micro First Aid Kits for the police at N1 billion; customized instructional materials for the police colleges and schools at N664 million and supply of drugs and medical equipment for police hospitals across the country at N2 billion,” he said.

The minister of state, petroleum resources, Timipre Sylva, disclosed that the council approved the memo for the NNPC Limited to execute a Memorandum of Understanding with ECOWAS for the construction of the Nigeria-Morocco Gas Pipeline to take gas to 15 West African countries and through Morocco to Spain and Europe.

He said, “Council also approved the construction of a switchgear room, an installation of power distribution cables and equipment for the Nigeria oil and gas park in Ogbehia Bayelsa state in the sum of N3.8 billion. this park is to support local manufacturing of components for the oil and gas industry.

“Council also approved various contracts for the construction of an access road with bridges to the brass petroleum product depot in Nibomoyekiri in Brass local government in the sum of N11 billion plus 7.5% VAT.