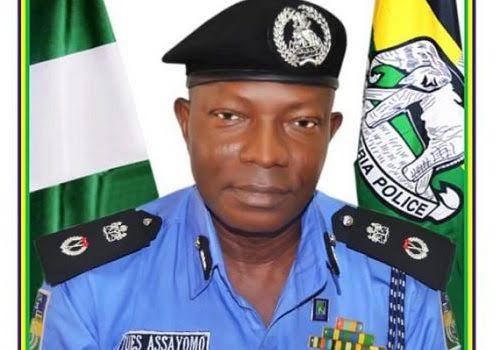 Following the recent deadly attack launched against a place of worship in Owo, Ondo State by gunmen, the Kwara State Police Command has advised the leadership of religious bodies in the state to put some security arrangements in place in worship centres.

The State Commissioner of Police, Tuesday Assayomo, in a statement signed by the command’s spokesman, Okasanmi Ajayi, urged religious leaders to put in place CCTV cameras in places of worship and employ private or local guards to complement those provided by the police.

The police commissioner also called on the leadership of motorcycle and tricycles unions in the state to embark on adequate profiling of both existing and new members for easy identification and monitoring, in order to check the influx of the banned Okada riders from other states, especially Lagos to Kwara.

Assayomo also directed the Divisional Police Officers (DPOs) and heads of various police formations in the state to intensify patrols, intelligence gathering and apply effective mobilisation of vigilante groups, hunters and other local security apparatuses in their areas of operations .

“The meeting was convened to review the existing security strategies in the state, the command was not unaware of some security breaches in some states leading to the death of many citizens, the banning of Okada operations in some States, especially Lagos State which has sent jitters in the spines of some Kwarans, owing to the proximity of Kwara state to Lagos State; nursing the fears that the banned Okada operators may head for Kwara State with all its attendants risks.

“Consequently, the CP directed Area Commanders, Dpos and Command’s Tactical Units to intensify patrols in their AORs, intensify intelligence gathering and to also apply effective mobilization of vigilante groups, hunters and other local security apparatus in their AORs.

“He also called on Motorcycle and Tricycles Unions in Kwara State to embark on adequate profiling of both existing and new members for easy identification and monitoring.

“The CP advises the leadership of religious bodies on the appropriateness of putting some security arrangements in their places of worship, including CCTV cameras, employment of private or local guards to complement those provided by the Police.”

The Commissioner of Police hinted of a proposed meeting with relevant non-state actors and student bodies to also discuss on ways by which the police Command could serve the citizens better.

2023 Elections Will Be Nigeria’s Best Ever, Says Kwara REC

2023 Elections Will Be Nigeria's Best Ever, Says Kwara REC