by Solomon Nda-Isaiah
in News
0 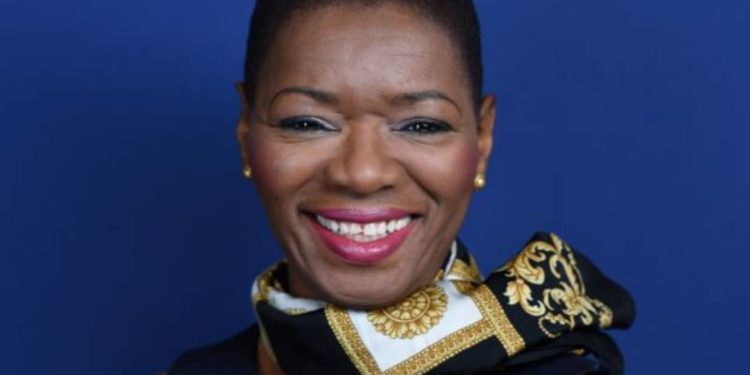 New York-based Nigerian-American Certified Public Accountant, Orumé Agbeyegbe-Hays, has been listed as one of the 25 recipients of the America’s Most Powerful Women in Accounting Award for year 2022.

Hays, who was recently appointed chairperson of the American Institute of Certified Public Accountants (AICPA) Private Companies Practice Section’s Executive Committee, made it into the elite group based on her significant contribution to the accounting profession in the United States.

The highly respected Certified Public Accountant (CPA), who is the founder and managing director of Hays CPA LLC, is the first sole practitioner and the first black female CPA to chair the Private Companies Practice Section’s Executive Committee (PCPS) Executive Committee. The appointment is for a three-year term.

Meanwhile, the AICPA and CPA Practice Advisor Magazine recently announced the recipients of the 2022 edition of the prestigious Most Powerful Women in Accounting Award.

The qualifications for selection for the Most Powerful Women in Accounting Award, which has been presented annually since 2012, include: the recipient being a driving force to create a culture of excellence, innovation, and inclusion. If she is a vendor, she has helped to develop the technologies and solutions that will empower organizations to be more productive and profitable.

Recipients also are leaders in the accounting profession and their leadership has had a demonstrable effect upon the accomplishments of the organisation with which she is associated.

This is as an awardee is a mentor, sponsor, and a role model, someone who stands out in her ability to encourage and help those around her thrive and flourish. The work she does is influential and is having a positive impact on the accounting profession as a whole.

Speaking on the importance of the America’s Most Powerful Women in Accounting Award, President of AICPA, Barry Melancon, described it as a platform for celebrating female CPAs who have distinguished themselves and showcasing them as role models who already are inspiring younger generations of female professionals.

“Many of the finest professionals in accounting, as we all know are women. Yet, they don’t always receive the recognition they deserve. That is why the AICPA joined forces with the CPA Advisory Magazine to create the Most Powerful Women in Accounting Award. For over a decade, this award has shone a well-deserved spotlight on those women who have made indelible impact on the accounting profession,” he said.

Hays is presently a director at large and executive committee member of the New York State Society of Certified Public Accountants and she is the current president of NYSSCPA’s Manhattan/Bronx Chapter.

An adjunct lecturer at the Lucille and Jay Chazanoff School of Business, College of Staten Island (CSI), Orumé Agbeyegbe Hays earned a Bachelor of Arts in Sociology & Anthropology from the University of Benin in Nigeria. She gained a Bachelor of Science in Accounting and Finance from CSI, City University of New York (CUNY), and a Master of Science in Taxation from the D’Amore McKim School of Business, Northeastern University, Massachusetts.