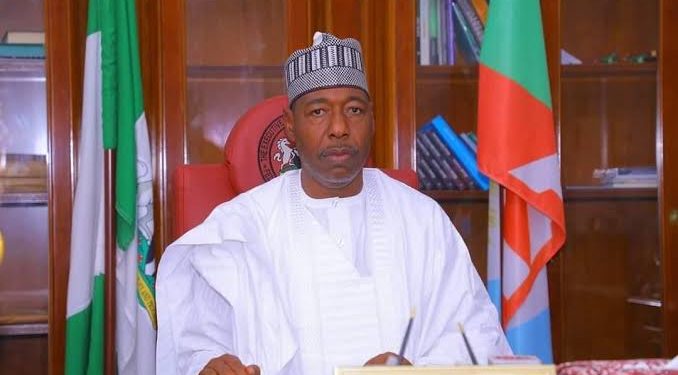 Governor of Borno State, Professor Babagana Umara Zulum, yesterday graced the closing ceremony of a two-day seminar with the theme: “The Role of Fatawa in Sustaining Peace and Stability.”

Organised by the Indimi Islamic Trust Centre, the seminar was held at the Muhammad Indimi International Conference Centre, University of Maiduguri.

Zulum, in his remarks, highlighted the importance of the seminar and said that there is no better time than now for holding such a seminar in the state.

The governor also emphasized the need for understanding the meaning and proper use of fatawas.

Zulum stressed the need for government to establish institutional framework that will guide the conduct of fatawas, not only in Borno State, but the entire country. To this effect, he disclosed that the state government has already established the Borno State Preaching Service Board.

The governor assured the organisers that Borno State government would keenly look into the communique of the seminar and give its support where necessary, including tabling relevant recommendations to the Northeast Governors’ Forum.

Zulum was accompanied to the seminar by the secretary to the state government, Alhaji Usman Jidda Shuwa, chief of staff, Professor Isa Hussaini Marte and former commissioner for agriculture, Engr Bukar Talba.