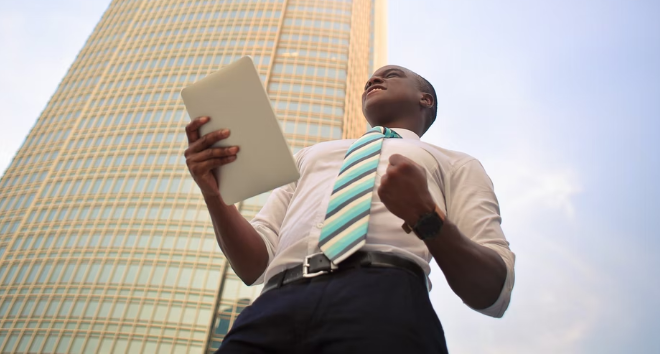 Many of Africa’s economies are among the fastest-growing in the world. In 2021, Libya was the nation that saw its GDP expand quicker than any other, while Rwanda and Botswana aren’t too far behind. Of course, more advanced African economies, like right here in Nigeria, can’t grow at the same rapid pace as they’re already further along the development path. But they too are expanding and evolving to help improve the wealth and prosperity of more of their population. One key to unlocking growth in African economies is to embrace new industries as these bring many benefits and open up more potential for businesses, investors, and workers. Another approach involves looking at existing industries in new ways and finding innovative ways to create new products and services.

The gaming industry is by no means alien to Africa. PC and console games have been on sale on the continent for decades with millions of Nigerians, Egyptians, South Africans, and Ghanaians all enjoying them. Unfortunately, though, these African gamers haven’t been able to enjoy the same content and experiences as their counterparts in Europe, Asia, or North America. Both hardware and software usually makes it onto shelves later in Africa than elsewhere while, so far, there have been few major eSports tournaments taking place on the continent. That has all begun to change though. Mobile gaming, in particular, has helped to spark a new wave of interest in the medium as more Africans have connected to the internet through smartphones rather than computers.

On top of that, many creative Africans have taken matters into their own hands by developing games aimed specifically at their local market. In Kenya, Momentum Core is a developer that has created fun titles focused on educating people about social issues, like the risk of mosquitos.

There is even more scope for expansion too. If we look to the UK market, iGaming has been incredibly successful. Companies in this area have created modern takes on traditional casino games, allowing their customers to find multiple variants of blackjack online, such as Premium Blacjack which uses four decks and adds the option to double-down on a two-card hand. This has proven to be a popular model and iGaming companies in the UK now generate billions of pounds in revenue each year as a result.

Expanding the iGaming offering in African countries could give a real boost to the gaming industry.

Financial technology, or fintech, companies are those that seek to disrupt traditional financial markets by harnessing new technologies to improve accessibility, reduce costs, and help people to manage their money better. In Europe, fintech has yielded a range of new product ideas, including mobile-only banks, peer-to-peer lending, and apps that help you to save automatically using AI to calculate what you can afford to put away.

Africa has already begun to lead the world in some areas of mobile banking. In doing so, Nigeria, Kenya, and other African nations have been able to boost access to financial service by reaching out to people that had previously never even had a bank account. Being ‘unbanked’ can limit your life chances as salaries for some jobs can’t be paid without an account and entrepreneurs can’t do business with people outside of their immediate area. Fintech is an industry that can grow in itself. Since Kenya launched phone-based banking in the early 2000s, it has overtaken most other forms of payment with 72% of the population using the system. But fintech can also help other industries to thrive, particularly those dominated by small businesses.

Connected to these two industries is the telecommunications sector which will be a key player in the growth of gaming and fintech, but it will also benefit from their rise. As more Africans look to take up gaming or purchase a phone so they can open a bank account, they’ll also need to pay for an internet connection.

In the most developed African nations, internet penetration has grown rapidly, with Kenya, Libya, and Nigeria reaching 85.2%, 84.2%, and 73% respectively. It is not a coincidence that these are either some of the biggest or fastest growing African economies, as the two are intrinsically linked.

Additionally, Nigeria has a fixed-line broadband penetration of 40.01%, an impressive feat when you consider only around 25% of Africa’s internet traffic comes from PC devices, on average.

So as economies grow, telecommunications businesses will benefit from new customers, and as they increase their customer bases, they’ll also help to grow the economy.