While the reported arrest of the critic of the first lady, Aisha Buhari, Aminu Mohammed, a final-year student of the Federal University Dutse, remains condemnable, there is no justification for body shaming, TUNDE OGUNTOLA writes 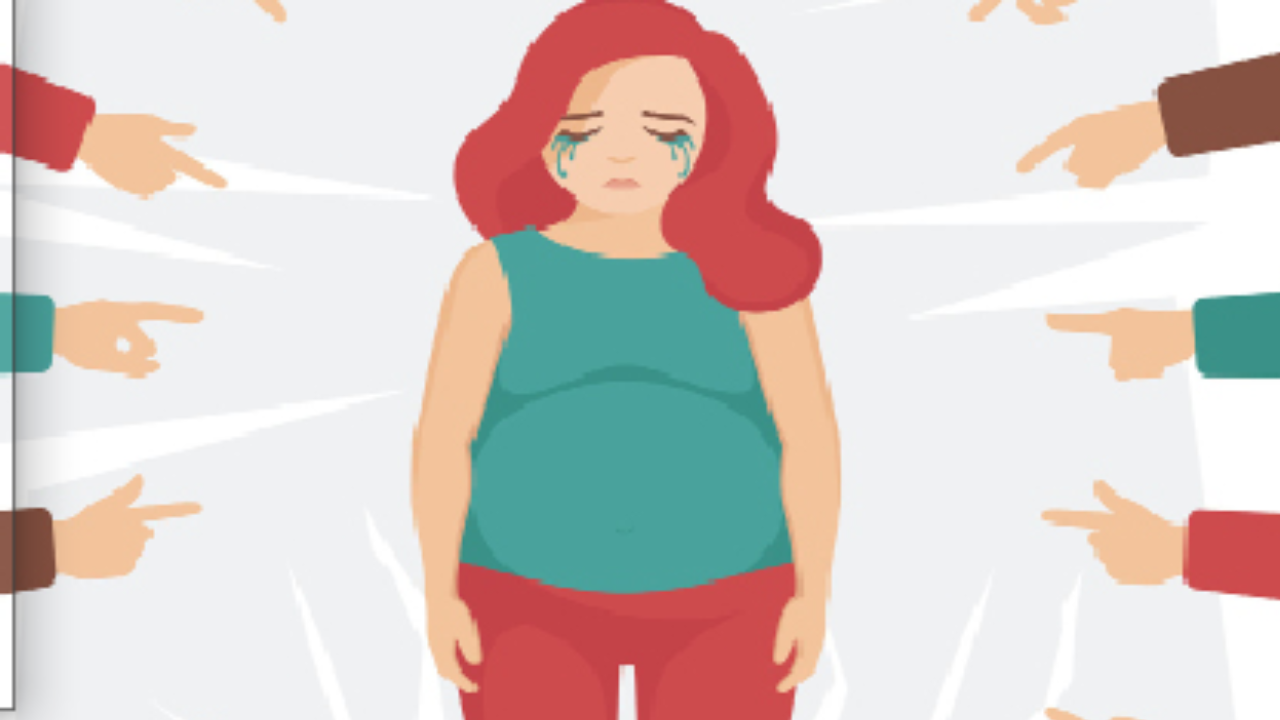 In the simplest form, body shaming means the practice of criticizing a person for their body type; this discrimination can cause depression, eating disorders, reduced self-esteem, and an increased risk of various other mental and physical problems.

The practice of body shaming is a lot older than you may think as it all boils down to standards. Such standards are held in such high esteem that it becomes easy to lampoon those who do not fit in.

No thanks to the media that promote beauty and lifestyle brands, where adverts of different iterations of the same model are used to sell the promise of improvement. Hence, different cultures and societies have always had an ideal body type via these promotions. In Nigeria, it is that of the lean, chiselled man with six-packs and the firm, curvy woman. Body shaming is such a part of popular culture that we rarely even notice it.

While fat-shaming involves criticising and harassing overweight people about their weight or eating habits to make them feel ashamed of themselves, skinny girls also suffer the same fate even from unknown Nigerians.

Some people opine that body shaming may motivate people to eat less or more, exercise more, and lose weight.

In the majority of cases, body-shamers most especially people who fat-shame others are slim and never had to struggle with a weight problem. It is not uncommon to see people under the guise of humour, criticise the bodies and habits of those who do not fit these standards in one way or the other. At other times, it is done, ostensibly, with the intention to get these people to take responsibility and work on their bodies.

To solve the problem, you must understand its scale. How do you explain terms like ‘orobo’ or ‘lepa’ a growing name that may soon find its way to the Oxford English Dictionary?

On the streets, it is not unusual to hear passers-by stare unconscionably at overweight people. That is if they stop there and don’t make jokes about how you need to pay for two seats on public transport.

Fatima Musa (not real name) was looking traumatized, worried, and dejected just after her interview session with one of the new generation banks in the country, sadly she was not denied the job not because she was not qualified or competent enough but she was denied the offer because skinny.

Ms. Musa said while on her way home she contemplates suicide because of the derogatory comment she was bashed with by the interviewer who told her she was too skinny and unfit for the job.

She said although she was not born skinny it’s really hard for her to gain weight.

‘’Funny enough, no matter who body-shames someone, it can be hurtful. You can be body-shamed by strangers, by the online community, or even by close friends and family members.

‘’In my secondary school days, I can even be described as chubby, I was a boarder, and I attended Federal Government College, Kaduna. I remain a very brilliant and confident girl thanks to my upbringing and education. Confidently yes, but five years ago I was diagnosed to be having ‘anorexia’ an emotional disorder characterized by an obsessive desire to lose weight.

‘’Perhaps I will get over my condition someday, but, in recent years, I have learned to cope with different comments about my body. In this part of the world, you are not exactly a full woman in the eyes of many Nigerians if you do not have the curves to prove your womanhood. And you’re not woman enough if men do not find you appealing. I had to deal with people calling me names like ‘pelenge, ‘lepa’ and the like. So definitely, body shaming is something I never allow to get to me at all,’’ said Fatima as recounted her experience shortly after her interview among others.’’

A lifestyle blogger, Blessing Abdullahi noted that “skinny shaming” and “fat-shaming” can lead to suicide.

Mrs. Abdullahi, however, urged Nigerians to be careful while talking about someone’s stature as it can lead to depression.

Narrating her experience, she said: ‘’When I was 18 years old, I was very skinny, I would go to the market and spend more time than others selecting clothes but no one will size me, and my skirt would need to be reshaped.

‘’I think slim people will understand this more, we are body shamed even by unknown people. You can be walking on the street and someone will call you ‘lepa’. I was walking with my sister on an errand for my mother and a man called me ‘lepa’. I got so fed up that someone volunteered to do HIV test for me and my sister. Fear gripped me and she was scared to open the result. I then summoned the courage to open the result then I felt very happy because the result was negative.’’

Mrs Abdullahi noted that although she has added a little weight now, people still call her ‘lepa’.

‘’Even yesterday somebody still called me ‘lepa’, so I feel the National Orientation Agency (NOA) should enlighten Nigerians on why they should stop body shaming people,’’ she said.

‘’Although I don’t want to get very fat, I want to add a little weight, when I look at fat people, I see it as stress so I don’t wish to get fat. I wish to add a little but not to be fat. For now, I don’t really pick offence if someone calls me fat.

‘’Body shaming can kill. It got to a stage where I exchanged insults with people on the street for body shaming me or calling me ‘lepa’.

‘’Fat people face the same thing too; some people call them ‘orobo’. By and large, there is no perfect shape in this world but it is okay to be moderate,’’ she added.

There is a general belief that body shaming only has to do with skinny people alone. But that is a huge misconception. In Nigeria, plus-size women and men probably have it worse.

Speaking with LEADERSHIP Weekend, a body positivity activist, who is the chief executive officer of Shima Collections, Princess Pedro, said that people who body shame others have lower self-esteem and this pushes them to act the way they do which reflects the true states of their mind.

Ms Pedro noted that though it might be the intention of the shamer to make you feel like crap, to take advantage of you, their words should not be absorbed or taken seriously.

She decried that plus-size women were rarely represented in the mainstream media and high fashion and even the smaller percentage of those represented were diverse.

Ms. Pedro urged people to love themselves most positively.

‘’First, you should know who you are and love yourself, so you should feel less concerned about what people say about you. Don’t even think about them any longer than the moment. At this point, you should practice self-love, know your strengths and focus on the good things in your life.

‘’Remember that cruel things another person says are about their prejudices and misconceptions, not about who you are as a person. Their intention might be to make you feel like crap, you don’t have to absorb their words, or take them seriously.

‘’People who body shame others reflect their states of mind. Some have lower self-esteem and this pushes them to act the way they do. It is therefore not about you but them; it is about their lower esteem they are trying hard to project to you,’’ she added.

Also, the convener, Female Student Vanguard (FSV), Divine Otu, urged Nigerians to speak out whenever they are bullied by anyone.

She noted that some people might not know they are body-shaming or hurting you.

According to her, ‘’ I understand, terribly and irreparably, how devastating body shaming can be when wielded against anybody, including a thin one like mine. At this point, you understand why body shamers should be called out to let them know how you feel about their opinions of you.

‘’Body-shaming people is never a thing to be proud of, people commit suicide and are constantly depressed because of this so fight back if need be, and do not be redundant. It is probably not a good idea to get into a serious verbal or physical altercation, it is worth taking them to the task and defending yourself or others. If your emotions aren’t getting the best of you, try to speak with the offending person directly and explain why their comments are harmful in a cool manner.’’

2023 Elections Will Hold As Planned–NSA

2023 Elections Will Hold As Planned–NSA