FEMI OYEWESO, in this piece, reveals that the Ogun State Gateway Agro-cargo Airport on completion by the administration of Governor Dapo Abiodun is capable of creating over 30,000 jobs as well as attracting local and foreign investors. 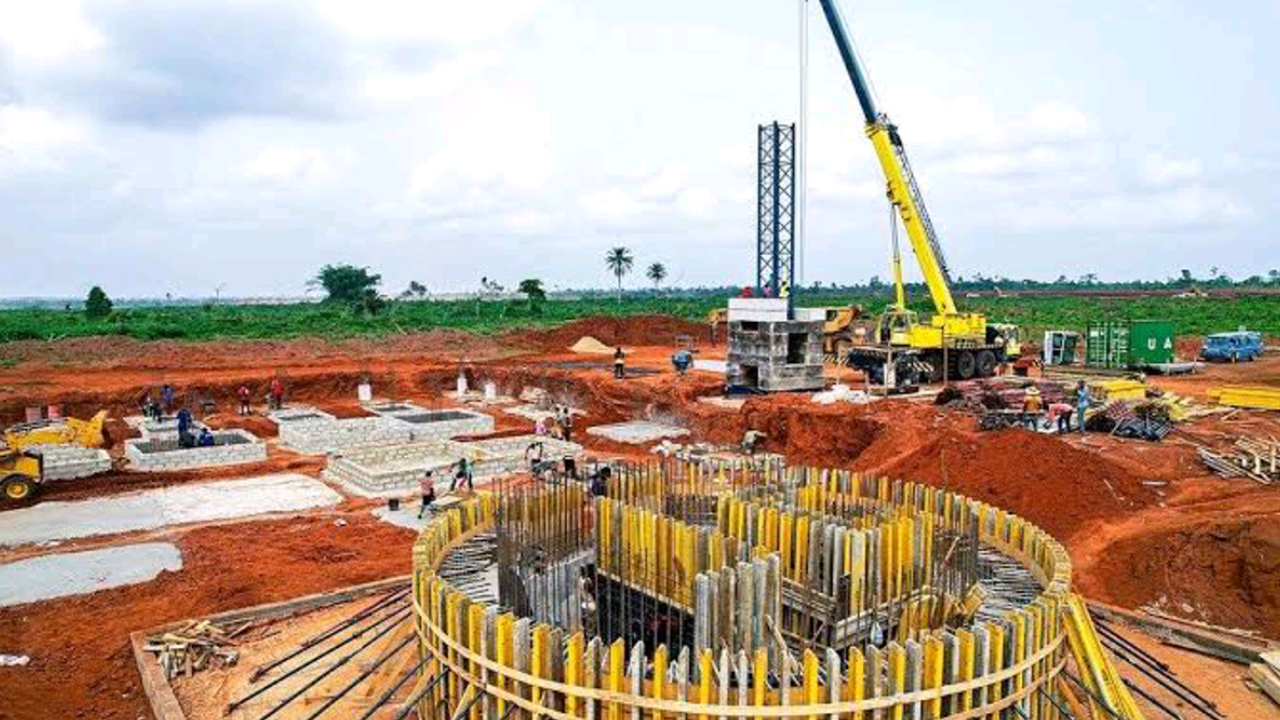 With the frenetic of pace work in the last 18 months, the workforce, over 750 on site daily speak loud about how dear the project is. Conceived by former Governor Gbenga Daniel in 2007 and abandoned by his successor, Senator Ibikunle Amosun, the Gateway Agro Cargo Airport, hopes to attract business and investment and to also take full advantage of the proximity of the state to Lagos, the nation’s commercial capital and provide answers to the logistic nightmares industry owners and importers go through as a result of the congestion of the two seaports, and International Airport – both in Lagos.

“This is not a new project but the renewed vigour that has been put into it speaks volume about the determination of the State government to actualize the dream,” enthuses an optimistic realtor, Adeniyi Awolana, is a native of Ilishan, the staid community that hosts the project. He added that: “Often and routinely, we see the governor (Dapo Abiodun), emptying his entire cabinet to come for inspection and just a couple of weeks ago, they brought in some foreign investors to perform the ground-breaking ceremony of what they called a special agro-industrial processing zone (SAPZ)”

One of the foremen on site, a Lebanese, Michael Dannawi corroborated the ecstatic native, saying:  “The instruction is clear. The Commissioner for Works and Infrastructure (Ade Akinsanya) breathes over our shoulders. He wants the job completed like yesterday. He said the Governor has promised the President who has promised to commission this project that the first phase must be completed by the end of the year. We are working towards that.”

The airport would provide facilities for cargo processing, storage, warehouses, training centre, provide an international standard testing centre for agricultural produce, serve as a logistic hub and also provide routine commercial flight. Commenced in March 2021 and due for commissioning at the turn of the year, the Gateway Agro-cargo airport at Ilishan-Remo in Ikenne local Government Area of Ogun State, is an ambitious project. It aspires to turns the hitherto refuse dump site to an aerotropolis – an airport city. Also, the Nigerian Customs Service, Airforce and Arise Integrated Industrial Platfrom, a multinational company led by Gagan Gupta, working in collaboration with African Finance Corporation and Africa Import-Export Bank, have booked their presence in the fast-growing Agric-Airport city.

“This is an aerotropolis; it is not just an airport but one that adds value to services. The agro serving part is the most interesting. It is going to be a conglomeration of agro processing companies that take raw materials, turn them into finished goods. We will also have aggregation centres, storage facilities for agro produce so that the agro processing centres will not run out of raw materials.

“This is a truly an International Cargo Airport. At the stage it is now, it is already attracting a lot of attention and investors. The Nigeria Customs Service and the Nigerian Air Force are coming. The Customs alone has requested and paid for 100 acres of land to build their base and training school. Others have signified interest to build warehouses. Cargo companies have also applied to have their presence here. So are commercial flight operators.

“Those that want to go into the hospitality business have applied to build hotels. We will also have demonstration farms that would be run through an outgrower scheme. That is the entire gamut of what will be seen here. I don’t have any doubt that this airport, in the first instance, will generate over 25,000 to 30,000 jobs,” Governor Abiodun enthused while receiving the LEADERSHIP team in his office at Oke-Mosan in Abeokuta on Tuesday.

Both Ilishan and Iperu Remo towns have been upbeat with the coming of the agro-cargo airport and are enjoying the big city feel of the emerging aerotropolis.

Tunde Oduoye, now a father of two, on whose primordial family land the airport is located had thought he would not need to walk a long distance to work after graduating with honours in civil engineering.  He had added a Masters degree in Facility Management, when he heard that government was earmarking the space for the construction of an agro cargo airport at the Remo Industrial Cluster which holds the promise to develop into an aerotropolis. But for 15 years, it was a glimmer of hope betrayed. He had to move on to private entrepreneurship.

He told LEADERSHIP that: “It is not a forlorn hope after all. I didn’t get a job then but I am optimistic that I can get employees of some of the companies at the airport city to my house when business starts. Local politics did not help matters. The Administration that took over from the Gbenga Daniel government abandoned the dream project and turned attention to another one at Wasinmi, in Ewekoro Local Government, where the other man (Senator Amosun), the helmsman at the time hails from.

“It was painful that despite the publicity given to the project, it was never completed by the government. I had always thought I would be one of the first set of people to work there. I know this our community is limited by many things; we needed something like this (airport) to feel government presence,” Tunde quipped.

“When this government came with the idea in March, 2021 to start what his predecessors could not complete, I saw it as another political statement. But with the state of the project now and the ground breaking of an Agro-industrial processing zone, I am going to build warehouse to benefit from the huge investment that would come out of the aerotropolis. I also have houses whose values would naturally go up,” he said.

True to expectations, on Friday, November 4, Gov. Abiodun, performed the groundbreaking of the $400m first phase of the development of the State Special Agro-Industrial Processing Zone and the first airplane carrying the Honourable Minister of Investment, Trade and Industry, Otunba Niyi Adebayo and his team landed there. Also, the yet-to-be completed airport won a Special Award for Concept and Design at the Aviation and Cargo conference organised by AVIACargo Journal in partnership with atqnews.com in September.

The Gateway Agro-cargo airport is strategically located within aan Aerotropolis (Airport City) along the Ilishan-Iperu-Remo road of the busy Lagos Ibadan expressway and the Sagamu – Benin expressway. It shares close proximity to key industrial and agro-economic clusters within the state and its Southwestern neighbours.

“We are strategic in siting the airport here. This is the centre of the state and a quick get-away and alternative route from Lagos, the country’s commercial capital. Activities at the airport will be supported by a Distribution and Logistic hub located within the airport,” said the State Commissioner for Works and Infrastructure, Ade Akinsanya, who conducted the LEADERSHIP team round the airport facilities, narrated.

“The 4-kilometre runway had been completed while the 36-metre tall control tower, fire station, cargo apron and terminal buildings were being constructed at a frenetic pace. We have 750 workers on site and they work on shift basis. The site if fitted with floodlights to allow people work round the clock. All the pavement sections are going on while the cargo apron of 82,000 square metre for 2 type E and 2 type C aircrafts are being schedule for completion this month. The total are for  terminal apron is 50,000 square metres and can take one Type E and one Type C aircraft or 3 Type C aircrafts simultaneously. All aprons are paved – plain, rigid and reinforced.

“The fire station can take 3 vehicles bays for 3 fire fighter for each, vehicle, 2 ambulances and drill tower. Everything is look up and looking good and we have no doubt that this will be the fastest completed international airport project in sub-Saharan Africa when completed. We only had the groundbreaking last year,” said the American trained construction engineer, who once held a similar portfolio in Lagos State.