by Rami Al-Khalifa Al-Ali
in News
0 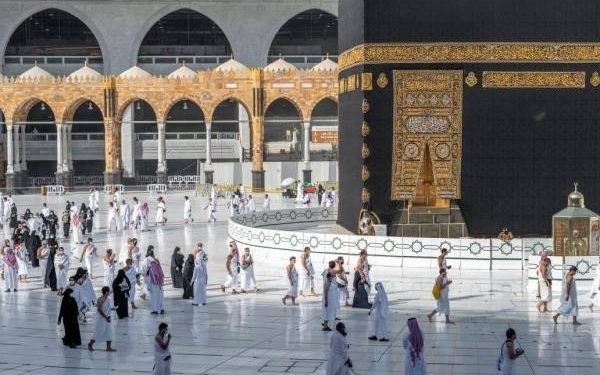 As the world continues to reel from the fallout of the coronavirus pandemic, Saudi Arabia successfully maintained a delicate balance between the health of its citizens, residents and pilgrims on one hand, and the organization of Hajj rituals without compromising on their religious significance, on the other.

The Hajj rituals were held under strict coronavirus preventive protocols, allowing only a limited number of people in order to preserve the health and safety of pilgrims, including citizens and residents. But this exceptional situation should not in any case take away the great and commendable role that the Kingdom has been playing in undertaking the Hajj operation in a meticulous and flawless manner not only this year but over the past decades.

The successful organization of Hajj brought to light many aspects, and there is no space to mention all of them here but it would suffice to point out the most important among them. Perhaps the most important aspect is the provision of infrastructure facilities that have reached an exceptional level in the history of Saudi Arabia’s management of Hajj. The Kingdom is keen on making the most of the highly advanced technologies and scientific inventions in offering the best ever services and facilities to the pilgrims.

This was instrumental in making the pilgrimage much easier and comfortable, completely changing the image in the minds of Muslims everywhere. In the past, the performance of Hajj was a dangerous adventure, now it has become an easy journey. The Kingdom’s services for the pilgrims begin even before they leave their respective homes by facilitating their medical tests and making available transportation services to take them to the Two Holy Mosques safely.

Every year we find a new achievement being made by the Kingdom in the services and facilities to the pilgrims. Perhaps the Haramain High-Speed Train project is a great achievement for which the Kingdom has spared no effort. The biggest challenge is the security challenge, and the Kingdom has the best expertise and resources in dealing with huge crowds and ensuring the comfort and safety of pilgrims.

The security men in the Kingdom win the love and respect of all those who visited the Two Holy Mosques, with their high morals, commendable sense of responsibility, and a good spirit with which they serve the pilgrims. The health aspect has always been a priority in managing the affairs of Hajj, as healthcare starts from the time the pilgrim arrives at the Kingdom’s land, sea and airports with the provision of the necessary vaccinations. The pilgrims are being provided with healthcare services until the moment of their departure from the holy land, and that are all in accordance with extreme precision and pre-planned arrangements.

The Hajj and Umrah rituals are a great challenge in which the Kingdom succeeded previously and will always succeed in it, God willing, and this silences all dissonant voices that have always wanted to politicize Hajj and tried to strip the honor of serving the holy places from the Kingdom. But the Muslim Ummah unanimously agreed on the Kingdom’s success in maintaining religious rituals in the perfect manner. Everyone who has visited the holy sites is aware of this fact, but these voices and their proponents have lost their relevance altogether.

While we live in these blessed days, we ask God Almighty that the blessed Eid Al-Adha may bring forth goodness, blessings and prosperity to Saudi Arabia, represented by its leadership, government and people, as well as to all other Arab and Islamic countries. May God save the Muslim Ummah from the ordeals and crises caused by the pandemic.