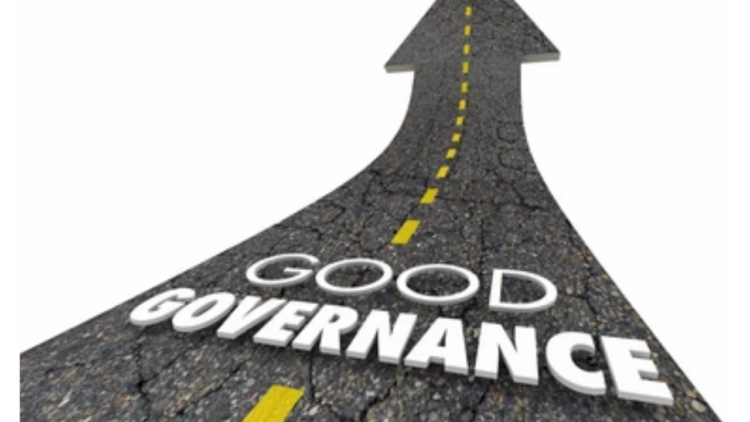 Section 22 of the Constitution of the Federal Republic of Nigeria 1999, imposes an obligation on the media to hold Government accountable to Nigerians. “The press, radio, television and other agencies of the mass media,” the section says, “shall at all times be free to uphold the fundamental objectives contained in this Chapter and uphold the responsibility and accountability of the Government to the people.”

The Chapter in reference is Chapter II and it is titled “Fundamental Objectives and Directive Principles of State Policy”. It is in twelve Sections, beginning with Section 13 of the Constitution and ending in Section 24. The Chapter says the country shall be a State based on the principle of democracy and social justice. It lists a number of fundamental objectives for the State, including political, economic, social, educational, environmental, cultural and foreign objectives. It also says the nation’s ethics shall be “discipline, integrity, dignity of labour, social justice, religious tolerance, self-reliance and patriotism”. Last, but not the least, it imposes a number of duties on the country’s citizens, including abiding by the provisions of its constitution, respecting the dignity, rights and legitimate interests of others and declaring income honestly to appropriate and lawful agencies and paying tax promptly.

My initial thought on reading my topic was that I should talk about why and how the Media should hold the politician accountable to the public. However, on second thoughts it occurred to me that this responsibility should go beyond the Media alone as enunciated in the Constitution. Instead, it should be everybody’s concern.

Even then, the Media as the Fourth Estate of the Realm, must lead the way, if only because together as print, radio, television and the internet it is the main source of news and information in society.

As the leader in holding, not just politicians, but all other groups, accountable to the people, the Media must be guided by knowledge, ethics (integrity, courage, professionalism, impartiality, etc.) and civility in language, if only because intemperate language, generally speaking, but name calling and stereotyping, more specifically, tends to alienate rather than engage.

The first step the Media must take in holding politicians accountable to the public is to be knowledgeable about politics and, of course, everything else it reports. This should start with being knowledgeable about the rules that guide our politics.

The most important of these rules is the country’s Constitution, especially since the Constitution says the only legitimate form of government is the elected one. The second is our new Electoral Act 2022. The third is the Independent National Electoral Commission’s (INEC’s) Election Regulations and Guidelines, 2022. There are, of course, many other documents, including Manuals for Election Officials, political party Constitutions, Case laws, etc. but these three constitute the most important elements of the country’s Electoral Legal Framework.

Our Constitution suffers from a poor image, but in spite of its flaws (something no constitution in the world is free from) the image, including the fact that, with over 75,000 words, it is rather too longish (by comparison, the United States is no more than 8,000, including all its 27 amendments) is not altogether deserved. This poor image is based on the claim that it was written by the Military and, because of that, it is only federal in name but unitary in reality.

Both claims are false. The Military has never written any of our Constitution, certainly neither the current 1999 Constitution nor that of 1979, which the former is essentially a clone of. Both were written by civilians, mostly elected, with a few nominated. The drafts of both were subjected to public hearings in all the nooks and corners of this country before they were promulgated into law. Yes, the Military held a veto over both but in promulgating each into the country’s supreme law, they hardly changed their substance.

As for the claim that the Constitution is unitary in fact, if not in theory, nothing could be further from the truth. This claim has led to the popular fallacy that what Nigeria needs is “true federalism”. A federation is simply a system of government in which a written constitution distributes power and responsibility between a national government and a number of state or regional governments. However, no two federations distribute power and responsibility the same way because the historical context of each country is different, and therefore, the distribution that is appropriate for one country may not be appropriate for another.

Only three days ago, i.e., on November 15, PUNCH, published an editorial titled “Restructuring should dominate 2023 campaigns” in which it referred to the country’s government as “unitary federalism”. It then went on to blame every ill that has afflicted Nigeria on our Constitution. Consequently, it said, “The calls that true federalism be the main agenda (of the 2023 General Election) should therefore be heeded.”

Being a paper at the Media Roundtable on “The Accountability Imperative: Why and How to Hold the Politicians’ Feet to Fire” organised by FrontFoot Media Initiative, Lagos, at Bon Hotel, Ikeja, on November 19, 2022.