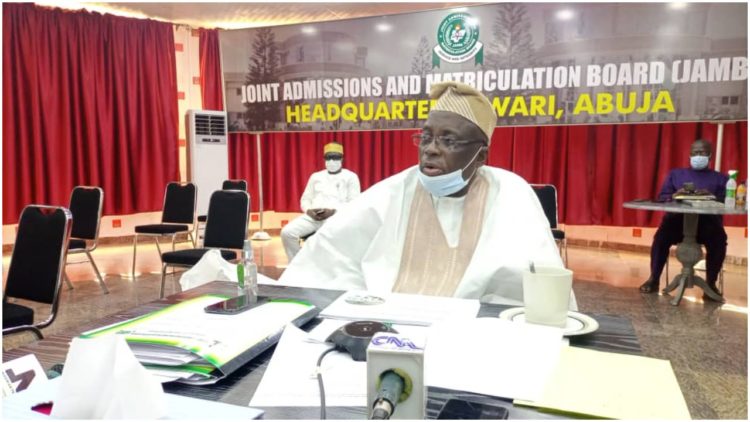 The Joint Admissions and Matriculation Board (JAMB) has so far remitted about N29billion directly to the Consolidated Revenue Fund (CRF).

The Minister of Education, Malam Adamu Adamu, disclosed this on Thursday at a policy meeting on admissions into tertiary institutions in Abuja.

He said the Board had also granted over N1billion to tertiary institutions and expended more than N2billion on capital projects .

Adamu added that the board had reserved N6 billion for its future expansion and as part of its Corporate Social Responsibility (CSR).

Adamu added that the board also provided social services such as funding the freighting and delivery of donated critical hospital equipment to 12 teaching hospitals at the cost of $257,000 and ₦47million.

He said the board has continued to serve as a model for public agencies in vision, devotion, transparency and efficiency , yielding enormous goodwill to the government and people of Nigeria.

He pleaded with the Academic Staff Union of Universities (ASUU) and other trade unions in the tertiary education sub-sector to call off the on-going strike and embrace genuine dialogue as solution.

“It is clear that stable academic calendar is required for quality education and development in Nigeria.

“I also seize this opportunity to appeal to the trade unions in the tertiary education sub-sector to, in the interest of the future of Nigeria, call off the strike and embrace genuine dialogue as solution to our problems,” he said.