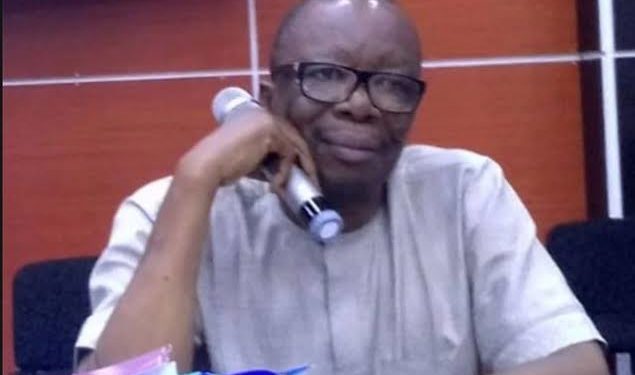 The Joint Admissions and Matriculation Board (JAMB) has condemned the statement made by the President of the Academic Staff Union of Universities (ASUU), Prof. Emmanuel Osodeke, who accused the Board of conducting admissions for Universities without the knowledge of the Vice Chancellors.

Recall that the ASUU national president, while speaking on a popular programme on Human Rights Radio, ‘Brekete Family Show’ on Saturday, had accused JAMB of conducting admission of students instead of the Vice Chancellors.

But, in a press statement on Sunday, the head, public affairs and protocol of JAMB, Dr Fabian Benjamin, said the ASUU president has betrayed his acute ignorance of the admission process into tertiary institutions in the country when he appeared on the Abuja Radio station.

The statement reads in part: “The ASUU President had made this unfortunate blunder in his laborious effort to curry favour with the public when he unimaginatively said, “…Admissions are being done by JAMB and sent to you … Vice-Chancellors don’t know how the admissions are done.

“It is highly reprehensible for an academic, albeit a researcher of such high standing, not to have the slightest idea of how candidates are admitted or to be ill-prepared for such a public forum. It is thus obvious that the problem bedevilling the educational sector is actually deeper than we had imagined.

“We challenge the Professor to present one Vice-Chancellor of University, Rector of Polytechnic or Provost of any college of education with even one candidate that has not been recommended by the institution but admitted in the last five years.

“The Board promises the Professor one million naira if he can substantiate his falsehood with even one proof.”