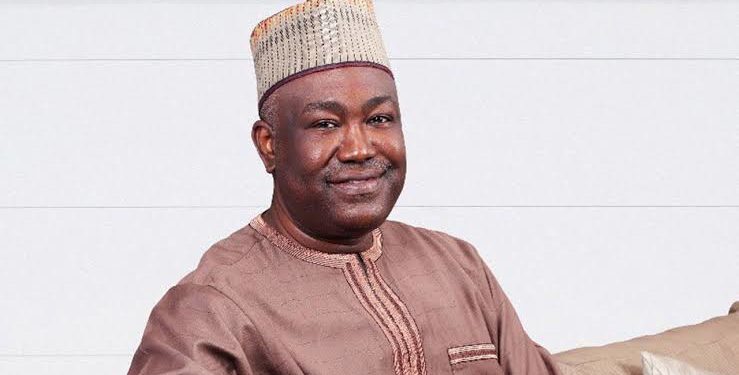 Tinubu, a former governor of Lagos State, beat 13 others to emerge as the presidential flag bearer of the party at a special convention held at the Eagle Square, Abuja last Wednesday.

In a statement from his media office in Abuja on Sunday, Olawepo-Hashim explained that the primary election which was “competitive more than the final results indicated, also highlighted our fault lines which the final tally may disguise.”

He, therefore, urged the winner to “truly walk the talk of his victory speech at the convention that he holds no bitterness against those who did not support him at the primaries for the task at hand needs everyone’s support.”

In the spirit of good sports manship, he maintained that it was a welcome development that the standard bearer has kicked off this initiative.

The consultations, according to him, “must be deepened and the policy frame work and engagement of the APC standard bearer must be broad having the capacity to cut through all the divides in the country.

He noted that “in the last forty eight hours, the APC Presidential candidate has visited President Buhari, the Party Chairman, Senator Abdullahi Adamu, and fellow contestants like Vice President Yemi Osinbajo, Governor Yahaya Bello of Kogi, and Governor Dave Umahi of Ebonyi State among others.”

Olawepo-Hashim who was a former presidential candidate in the 2019 general elections also congratulated “all those who participated in the exercise especially Chibuike Rotimi Amaechi for a good impact; Vice President Yemi Osinbajo for a robust campaign that raised hope; Senate President Ahmed Lawan for a great showing within two weeks of joining the contest.

“Also I must not fail to mention the youthful Governor of Kogi state who brought a lot of energy to the contest and all others who competed.”

He equally saluted what he described as the “hard work” of APC national chairman, Senator Abdullahi Adamu, and the entire party leadership for a well organised convention, adding that President Muhammadu Buhari also deserves felicitations for being a father to all

“We thank God almighty for a great convention,” he said.

According to him, “now is time to unite the party and face together the huge challenge to win again, the road is sure going to be rough and tough but it is a task that is doable.”