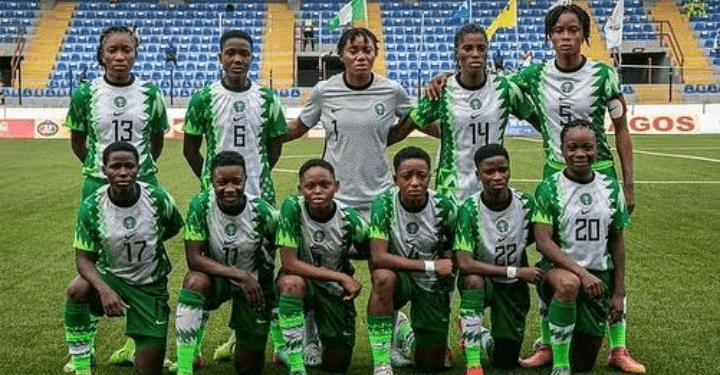 Two second half goals by Mina Tanaka condemned the nine times African champions to a 0-2 defeat against Asian team in their international friendly to match played inside the Noevir Stadium in Kobe yesterday.

A string of brilliant saves by first choice goal-tender Chiamaka Nnadozie kept Nigeria in the game in the first half.

Tanaka opened the scoring four minutes past the hour mark before Japan extended their lead from the spot when Tanaka converted a penalty four minutes later.

The Super Falcons saw three of their players yellow-carded; Christy Ucheibe was the first one to be cautioned in the 23rd minute before Vivian Ikechukwu – who replaced her in the 39th minute – was also cautioned a minute before the half-time break, while Osinachi Ohale received her card in the 67th minute.

This is the third straight friendly match Nigeria have lost since they went down twice to the United States of America in September.

They have now conceded eight goals in the friendlies and scored only once, and this prompts questions as to their readiness for the upcoming FIFA Women’s World Cup.

Although they have continuously missed their dependable goal machine, Asisat Oshoala – who was ruled out for the better part of the Women’s Africa Cup of Nations due to an injury – her absence will not take away the negative spotlight they are set to attract as the poor run continues.

Despite being one of the pre-WAFCON favourites, the nine-time African champions finished fourth after a loss to Zambia in the third-place playoffs.

Waldrum’s tenure is set to be criticized more as Nigeria continues to struggle in 2022. The latest defeat at the hands of the 2011 World Champions will raise questions as to whether the American tactician can capably lead the Falcons forward in the Australia-New Zealand finals next year.