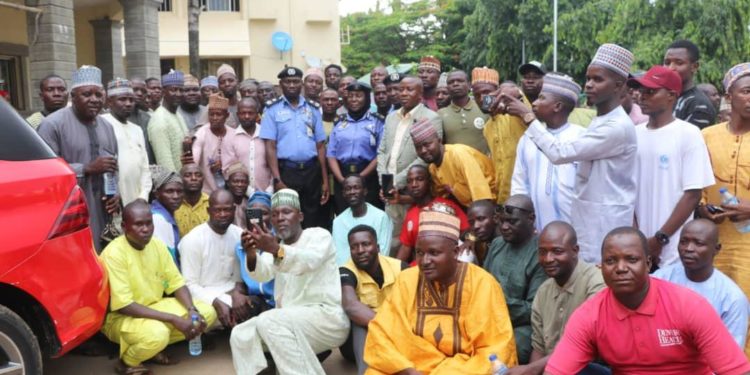 Worried by the rising cases of jungle justice and the menace caused by commercial motorcyclists, populary known as Okada Riders, the Nigeria Police Force (NPF) has met with the leadership of the riders’ associations with a view at addressing the issues.

The deputy FCT Police PRO, ASP Oduniyi Omotayo, said the meeting became necessary following “the recent spate of the outbreak of violence largely traceable to commercial motorcyclists popularly known as okada riders, which has become a menace occasionally playing out as self-help in obtaining justice known as jungle justice, vandalization of government and private properties, and sundry antisocial behaviours demanding an immediate redress.”

The meeting, which was held at the FCT Police Command headquarters in Abuja, had about 150 leaders of the various unions of okada riders in attendance.

Speaking at the meeting, the FCT Commissioner of Police, CP Babaji Sunday, charged them to turn a new leaf, work in synergy with the police to fish out the bad eggs among them, obey traffic rules and eschew the habit of resorting to violence at the slightest provocation.

He warned sternly that forthwith, sanctions according to the letters of the law will be meted on erring parties.

During the meeting, few of the chairmen in attendance while speaking on behalf of others, appreciated the Commissioner of Police and promised to play by laid down rules henceforth.

The Commissioner of Police also reassured the people of the FCT of the command’s unflinching commitment to riding the FCT of criminal elements and bringing crime and criminality to the barest minimum.