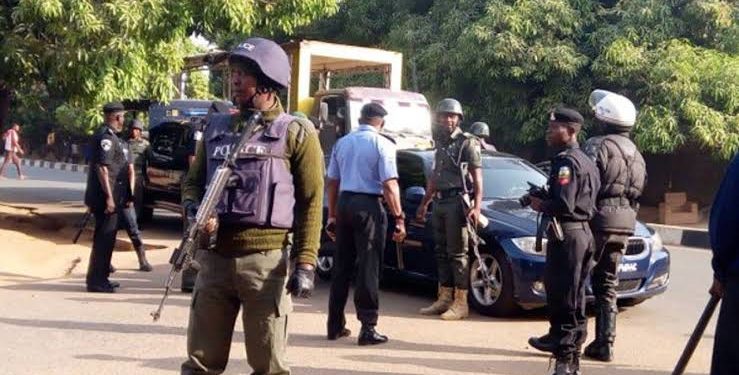 The Kwara State Police Command, on Friday night, confirmed the killing of four persons in a clash between members of the Oodua Peoples Congress (OPC) and cattle dealers in Ajase Ipo, Irepodun local government area of Kwara State.

The spokesman of the State Police Command, Ajayi Okasanmi, confirmed the development in a statement.

LEADERSHIP gathered that the crisis started at Kaara market, a weekly cow market in the town with both parties engaging in shooting.

A source said that the clash first started between cow merchants in the market and it later spread to the major road while the OPC members who were returning from Osun State where they attended a festival in Osogbo got involved in the clash because of the traffic gridlock on Omu-Aran-Ilorin highway.

“The OPC members who were coming from Osun festival in Osogbo got to Ajase-Ipo and ran into the traffic jam. Some of them got down from their vehicle and rush towards the market area along the main road. It was in that process that we started hearing the sound of gun,” the source stated.

However, the State Police Command said normalcy has been restored in the area.

The Police statement partly reads: “Kwara State Police Command wishes to inform the good people of Kwara State, especially people trerversing along Ilorin-Ajase-Ipo-Offa road that normalcy has been restored and the road cleared of every barrier created as a result of the misunderstanding between some people suspected to be members of OPC and cow dealers in Kara market of Ajase-Ipo which happened today 12/8/2022 at 1830hrs.

“Information recieved by Ajase-Ipo Divisional Police headquarters was to the effect that some OPC members in a convoy of about twenty vehicles believed to have been coming from Osogbo, Osun State, were passing through the Kara market where a cow being led across the road by its handler broke the side mirror of one of the OPC vehicles, which resulted in an argument that eventually escalated into an exchange of gun fire by both the OPC members and the cow dealers in the market. Four lifeless bodies of unidentified persons were recovered at the scene.

“The immediate deployment of detachments of police men and teams of conventional police men to the scene by the Commissioner of police, Kwara State Police Command, Cp Tuesday Assayomo prevented the escalation and killings of more people.

“Meanwhile, the four unidentified dead bodies have been evacuated from the scene and deposited at the the University of Ilorin Teaching Hospital (UITH) mortuary and the injured taken .to the hospital in Ajase-Ipo for medical treatment while,police men have been stationed at the scene to prevent further break down of law and order.

“The Ajase Ipo Offa road is now clear for movement of goods and services.Therefore any body who still goes there cause lawlessness would be arrested and charged to court.”