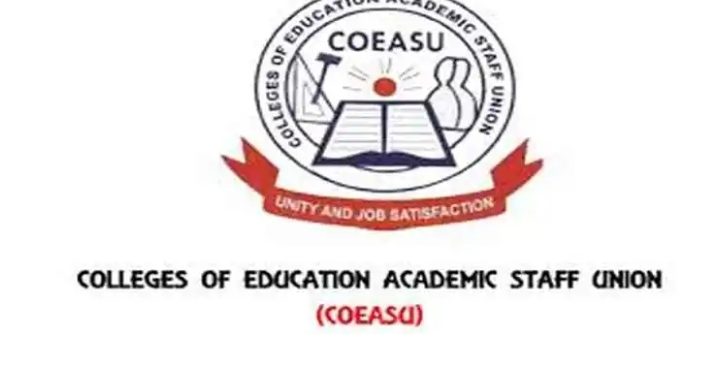 The Colleges of Education Academic Staff Union (COEASU), has extended its ongoing strike action by another three weeks.

The decision was taken at the end of a National Executive Council (NEC) meeting of the union, held at Federal College of Education (FCE) Kano, Kano State on Tuesday, July 19, 2022.

National President of COEASU, Dr. Smart Olugbeko, who disclosed this in a communique, blamed Union’s decision on the failure of the Federal Government to embrace its preference for the University Transparency Accountability System (UTAS) payment platform and the failure of the state governments to address issues peculiar to state-owned Colleges of Education (CoEs).

He said, “Most state governments are yet to address issues locally peculiar to state-owned Colleges of Education, especially in Oyo, Ogun, Kwara, Abia, Kogi, Kaduna, Zamfara, Yobe, Akwa Ibom, Benue, Edo, and Ebonyi states. In fact, the situation has further deteriorated in some of these states with the enforcement of the draconian rule of “no work, no pay” and victimisation of Union leaders.

“The FG is yet to come out clear on the Union’s preference for UTAS against the troublesome Integrated Payroll and Personnel Information System.

“Having submitted the Union’s charter of demands to the FG team for the renegotiation, the posture and sincerity of government towards meaningful collective bargaining cannot be ascertained until August 2, 2022, when the renegotiation proper begins.”

Speaking on the decision to embark on strike, the union said, “While empathetically acknowledging the appeal of critical stakeholders expecting the strike action to be suspended, the NEC painstakingly submitted that the timing must be properly calculated based on the foregoing reservations in order to consolidate on the gains of the struggle.

“Therefore, NEC unanimously resolved that the strike action should continue for the next three weeks within which the Union hopes that the foregoing reservations should have been addressed.”

Court Remands 2 Bankers, 4 Others For Robbery In Oyo