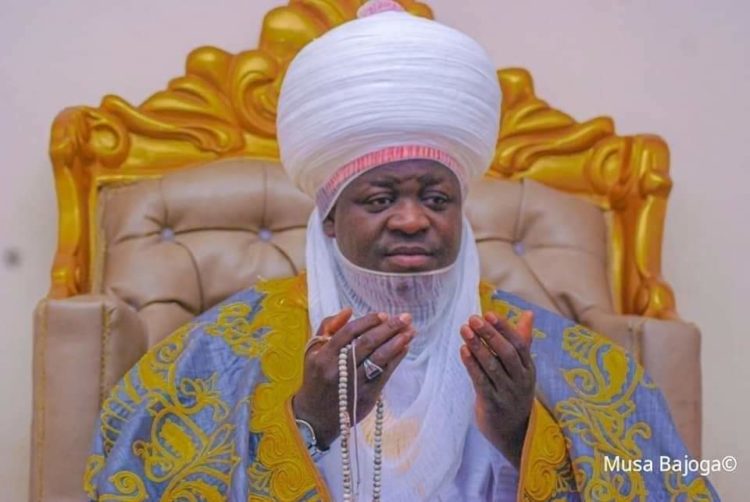 Barely one year after his appointment, the Emir of Funakaye in Gombe State, Alhaji Mu’azu Muhammad Kwairanga, is dead. He was aged 45.

He died on Sunday morning in his palace at Bagoja town, headquarters of Funakaye local government area, as a result of cardiac attack.

Before his sudden death, the late Monarch had attended the flag-off of the distribution of assorted foods sent to the State by President Muhammadu Buhari for the vulnerables, held at the Custodian Hotel in Gombe on Saturday, where he was nominated as a member of the distribution committee.

Meanwhile, Gombe State governor, Inuwa Yahaya, has mourned the the death of the monarch, describing his demise as a monumental loss.

The governor in a press statement signed by his media aide, Isma’ila Uba Misilli, said Gombe State has lost one of its finest traditional rulers who worked relentlessly with other royal fathers in the state and offered counsels and fatherly guidance for the peace, unity, rowth and development of the state in particular and Nigeria as a whole.

He described the late Emir as a humble, decent and down to earth monarch who cared for his subjects as well as the unity and progress of the state, describing his one year reign as remarkably eventful.

The governor, therefore, extended his heartfelt condolences on behalf of the government and people of Gombe State, to the royal family, people of Funakaye Emirate, the chairman of Gombe State Council of Emirs and Chiefs, Alhaji Abubakar Shehu Abubakar lll, as well as the entire state over the loss.

Our correspondent gathered that the funeral prayers for the deceased was scheduled to take place on Sunday at 2:0 pm at the Emir’s palace in Bajoga, headquarters of the Emirate.