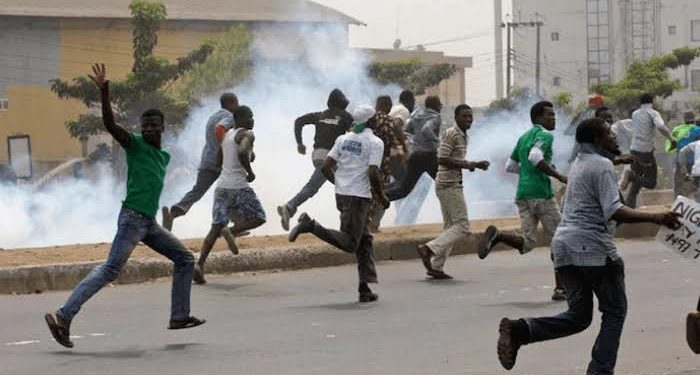 A mob has killed a member of a vigilance group in Lugbe area of Abua, for reportedly making a blasphemous statement.

It was gathered that members of the vigilance group guarding the popular Timber Shed market at the Federal Housing Estate (FHA) Lugbe in Abuja, had wanted to arrest some residents wandering around the market in the early hours of Saturday.

The residents were said to have begged the Vigilantes to free them in the name of Allah but one of the vigilantes kicked and made comments said to be blasphemous.

Witnesses told LEADERSHIP the vigilante was beaten and stoned before he was set ablaze, a development that caused commotion in Estate.

Policemen were later deployed to the scene of the incident in order to calm down frayed nerves.

BREAKING: Tinubu’s Apology Not Enough, APC May Punish Him Over Utterances About Buhari – Adamu

BREAKING: Tinubu's Apology Not Enough, APC May Punish Him Over Utterances About Buhari – Adamu