by Hussaini Jirgi
in News, Politics
0 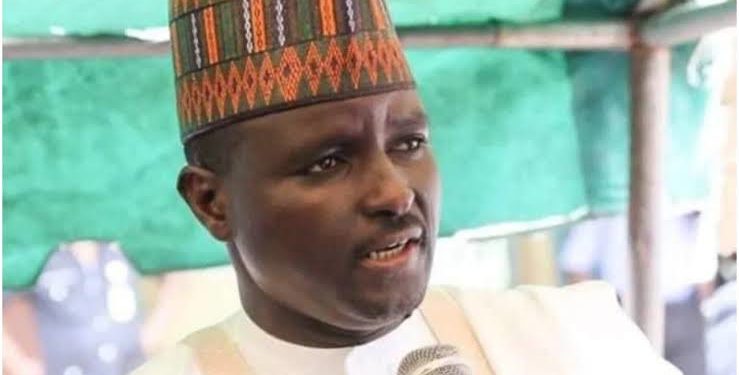 The race for the All Progressives Congress (APC) Yobe North senatorial district ticket in Yobe State, has taken another dimension as one of the senatorial aspirants, Abubakar Abubakar Jinjiri, has approached a Federal High Court in Damaturu, the state capital, over his alleged exclusion from the primary election, which produced Hon. Bashir Machina.

Jinjiri was listed as one of the parties in the suit before Justice Fadima Murtala Aminu of the Federal High Court.

His counsel, Barr Usman Lukman Nuhu, said his client was challenging Machina, both Yobe chapter of APC the and national headquarters of the party as well as the Independent Electoral Commission (INEC), over the alleged exclusion.

He said Jinjiri was deprived of participating in the Yobe North senatorial primary despite his presence at the venue.

“I believe you have the copy of the result sheets of the primary, you could clearly see that my client’s name and the vote he got were not there,” he said.

He stated that the exclusion of an aspirants contravenes section (84) sub-section (3 and 4) of the Electoral Act, 2022.

Machina had polled 289 votes in the primary election, which was monitored by INEC and other relevant security agencies.

However, the winner of the primary election is currently embroiled in a battle over the ownership of the APC ticket with President of the Senate, Ahmed Ibrahim Lawan, who is currently representing Yobe North in the Senate.

LEADERSHIP reports that the national leadership of APC has, however, forwarded Lawan’s to INEC for recognition as the candidate of the party for the Yobe North election in 2023, a development that has sparked outrage on the social media.

However, official documents domiciled in INEC and sighted by this newspaper, pointed to the fact that Machina duly won the APC Yobe North primary election.

7 Incredible Health Benefits Of Strawberries And Why You Should Eat More... Click Here For Details
Tags: Machina
SendShareTweetShare
Previous Post

Refiners, Distributors Pave Way For Our Achievements In Africa - OPEC