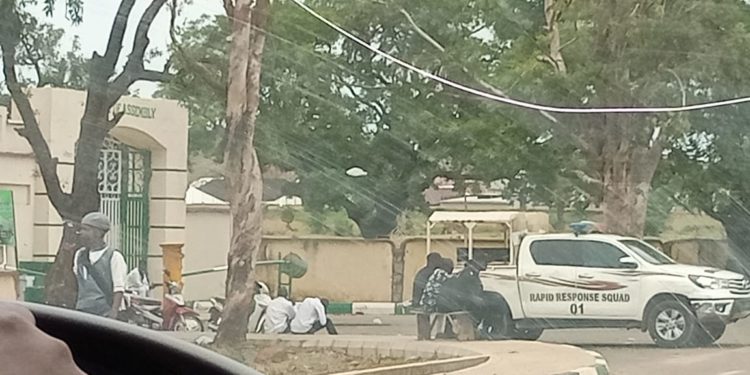 A move by majority members of the Bauchi State House of Assembly to impeach the Speaker of the House, Abubakar Suleiman, on Monday, has been aborted by security operatives, who took over the Assembly complex.

The 22 legislators had last week issued a threat of impeachment against the Speaker through a no-confidence vote on the leadership of the House.

It was also learnt that some unknown persons, suspected to be arsonists, on Sunday night, touched the legislature building, but the fire was put out by fire fighters.

The State and National Assembly Liaison to the Bauchi State governor, Hon. Sani Mohammed Burra, in a press statement made available to journalists on Monday, however, said the siege on the Assembly by security operatives was to forestall possible breakdown of law and order after the Sunday night incident.

Hon. Burra said, “This is just to inform you that some unknown persons last night had attempted to burn the House Complex as a result of which the security operatives have taken over the place to avoid breakdown of law and order.”