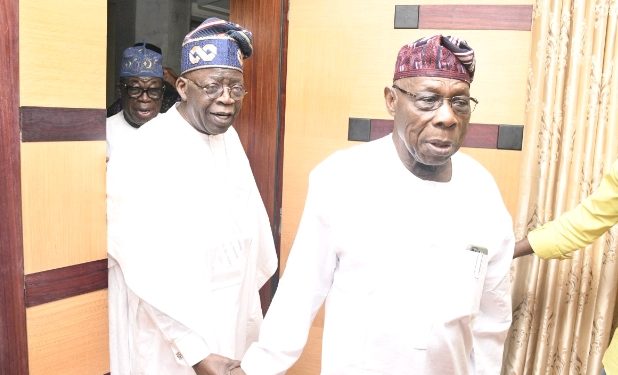 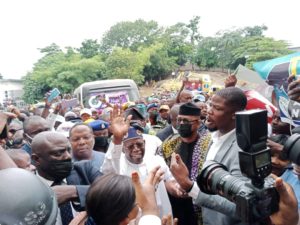 The meeting was not unconnected to Tinubu’s presidential bid and the need to get Obasanjo’s endorsement ahead of the 2023 presidential election.

Tinubu, who arrived the Penthouse residence of the former president located within the precinct of Olusegun Obasanjo Presidential Library (OOPL), Òkè – Mosan, Abeokuta about 1pm, was accompanied by the Speaker of the House of Representatives, Hon. Femi Gbajabiamila, pioneer APC interim national chairman, Chief Bisi Akande, and the pioneer chairman of EFCC, Nuhu Ribadu.

The APC presidential standard bearer’s arrival was greeted with fanfare by his supporters and party members.

He was received by State governor, Prince Dapo Abiodun, and two former governors of the State, Àrèmo ‘Segun Osoba and Gbenga Daniel, alongside other State government functionaries.

The two-time former governor of Lagos State later went into a closed-door meeting with Obasanjo and is also expected to address APC supporters and party members later at the Moshood Abiola International Stadium in Abeokuta.