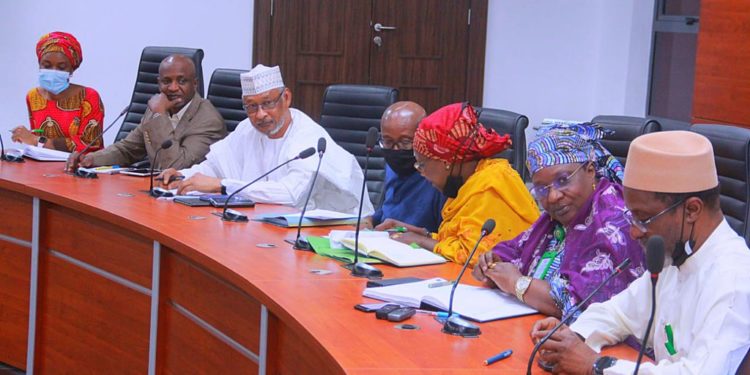 Speaking at the ceremony where cheques where disbursed to benefiting schools, the Executive Chairman of KADSUBEB, Malam Tijjani Abdullahi, said that the fund is part of the for Better Education Service Delivery for All (BESDA) programme.

The Executive Chairman who advised School-Based Management Committees (SBMCs) to utilize the funds prudently, disclosed that the federal Ministry of Education and UBEC selected the benefitting schools after conducting a survey in 2021.

‘’Sometimes last year, they did a survey of our schools and it has been confirmed that we have functional School-Based Management Committees. So, based on that, they allocated about N400 million to schools that need assistance.

‘’As at today, I signed payment to all the schools, totaling N388, 155, 726 million. So each school will receive N183, 000. We expect that the SBMCs will utilize this money and undertake minor repairs in schools,’’ he added.

The Executive Chairman recalled that BESDA was conceived by the federal government in order to return the over 10.3 million out of school children, according to UNICEF statistics, back to school.

‘’So, the government borrowed $611 million from the World Bank and it is giving 17 states as grants and Kaduna state is one of the states. The states were selected based on out of school children data. The programme started in 2019, and it is going to end some time this year in October,’’ he said.

According to Malam Tijjani, Kaduna state has been benefitting from the grant, adding that it initially ‘’received advances from UBEC and we started sensitization, community mobilization to get children registered in schools. Subsequently, based on our performance, UBEC released money to us and Kaduna state got a total of about $20 million.’’

He further said that ‘’in addition to this grant, we are providing them tablets to register attendance. There is an application that will be loaded on the tablet. And we will be able to monitor school attendance. The tablets will be delivered to the schools in the next two to three weeks. ‘’

The Executive Chairman of KADSUBEB thanked the federal government for initiating the BESDA programme, including the federal Ministry of Education and UBEC for implementing it.

FIFA, CAF, NFF To Partner With KDSG On Croc City 5-Aside League – Commissioner

FIFA, CAF, NFF To Partner With KDSG On Croc City 5-Aside League – Commissioner