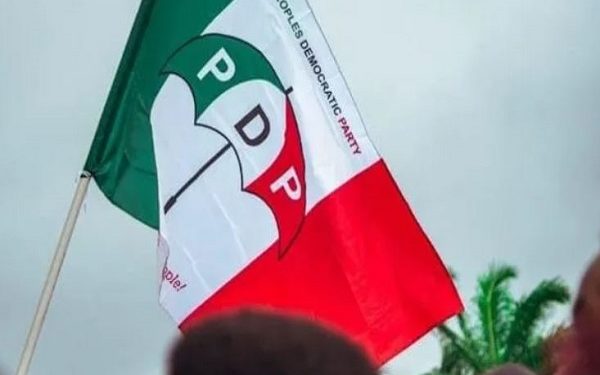 Kaduna State Peoples Democratic Party (PDP) Gubernatorial candidate for the 2023 general election, Rt. Hon. Isa Mohammed Ashiru said his choice of running mate is based on competence, experience and capacity to contribute to good governance when the party forms government in 2023.

Speaking with Journalists after the name of his running mate was made public, the Kaduna governorship hopeful said, his running mate Dr. John Ayuba is a seasoned banker, administrator, and university lecturer who will no doubt add an intellectual depth to the ticket.

He added that after competence, the next most important criterion I considered in choosing him was his loyalty.

Ashiru said Ayuba has proven to be a loyal and reliable confidante right from his last attempt up until now.

“He also stood with me throughout the period I sought justice in the courts after the 2019 general elections which I won but was denied” he stressed.

On why he did not choose a younger person as a running mate, Ashiru said, “there would be little to no time for learning on the job. Dr. John Ayuba has worked in previous administrations; his experience and network will be highly required when our administration is sworn into office.

“My selection in no way discriminates against our youths. I believe in their collective power and potential and that is why most of our policies will be targeted at empowering them economically.

“I would rather have hundreds of entrepreneurs by the end of my tenure than just pick one of them as a running mate. The youths shall make up at least 40 percent of my administration. To be competitive in the new age, we must approach governance through innovation, relying on data and technology.

“Thus the youths are in a better position to drive this. Besides, the governor or deputy governor is mostly coordinating the affairs of government but the MDAs and parastatals are there for grabs, and the youths would surely be considered to man some of them” he assured.

Hon. Ashiru also said, before arriving at the choice of his running mate, he consulted widely, saying, “We will reclaim our state from the APC; restore unity, ensure the security of lives and property, revamp agriculture, develop our rural infrastructure, and boost ICT, among other critical points of his agenda”.