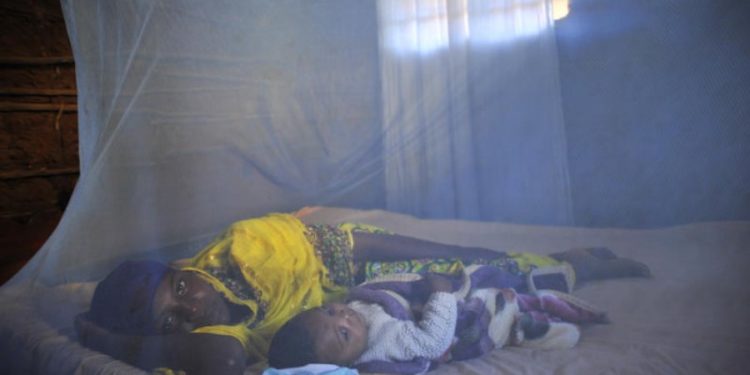 Kaduna state has distributed 4.5 million Insecticide Treated Nets out of the 5.5 million that was earmarked for the campaign, 12 days after it was flagged off by Governor Nasir El-Rufai on July 6.

The Director of Public Health, Dr Hajara Kera, who made this known during an advocacy visit to the Special Adviser of Media and Communication, Mr Muyiwa Adekeye on Wednesday, added that the state has distributed 92% of the nets.

‘’We have achieved 92% distribution, which is 4.5 million, with the help of 10,000 adhoc staff as at yesterday (Tuesday, July 19). Today is the last day of distribution and I’m sure by now, we must have increased the number. We may extend the distribution by one day if the need arises, to achieve 100% distribution,’’ she disclosed.

According to Dr Kera, the distribution of nets is one of the several interventions that Kaduna State Ministry of Health has been undertaking.

‘’The ministry has been undertaking seasonal malaria Chemoprevention campaign for targeted children in the state, early diagnosis and treatment of uncomplicated malaria and management of severe ones,’’ she added.

The Director of Public Health advised residents to no just collect the Insecticide Treated Nets but to sleep in them, so as to prevent mosquito bites which cause malaria.

Speaking during the visit, the Director, Technical and Programmes, at the Society for Family Health, Mr John Ocholi, thanked Kaduna State Government for the social support that it has been giving the campaign for the use of Insecticide Treated Nets.

Mr Ocholi praised Governor El-Rufai and his wife, Arch Hadiza Isma El-Rufai, for actually lying inside a net during the flag-off of the distribution of free Insecticide Treated Nets, as demonstration.

The Director Technical and Programmes described the demonstration as ‘’the biggest hype throughout the campaign.’’

He noted that Kaduna state is a national model in the health sector, adding that the malarial prevalence rate has dropped from 45% to 27% between 2010 and 2018 at the national level.

Ocholi however called for behavioral change as there is an 80% ownership rate of treated nets but actual usage is 30% across the country, adding that a lot of sensitization should be carried out in the media.

‘’Access to the nets has increased but people don’t actually sleep in the nets. The feedback that we have been receiving has been positive from citizens of the state. But we need to sensitize the people to sleep in those nets,’’ he added.

Responding, the Special Adviser of Media and Communication, Mr Adekeye, praised the public health of Kaduna state, adding that it has responded adequately to Covid-19 pandemic.

He promised that the Media Team will help in the required sensitization for a positive behavioural change but that the ministry should provide the messaging content.