by Ayobami Omole
in News
0 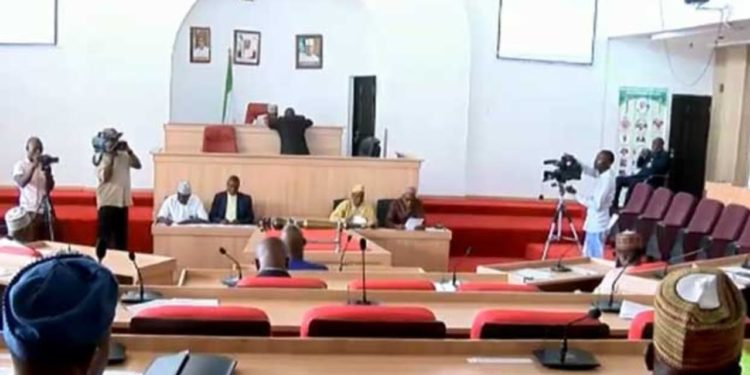 Following the resurgence of insecurity in some parts of the state, Kogi State House of Assembly has adopted what it called ‘staggered sitting’ to avoid falling prey to criminals.

The House also called for the deployment of armed security agents to secure lawmakers, staff and management of the House.

This followed a motion of urgent public importance moved by the majority leader, Hon. Muktar Bajeh and seconded by the Chief Whip, Ahmed Dahiru.

Speaker of the House, Rt. Hon. Matthew Kolawole noted that the intermitted plenary sitting is pending improved security measures are put in place to protect lives and property at the Legislative arm.

He also called on the state government to urgently fix the assembly road, saying the condition of the road is worrisome and threat to human lives.

The Speaker, who also called for deployment of security check points along the Assembly Road, directed the Clerk of the House to put machinery in place to check movements around the Complex.

In his words “the sitting has to be staggered to secure ourselves. The location of the House is porous as those living in villages around the Assembly Complex may be hiding criminals.”

Others including the deputy speaker, Rabiu Alfa-Momoh and the deputy majority leader, Umar Tenimu said the fencing of the complex is low, stressing the need to adopt technology such as Circuit Camera Television (CCTV) to nip security challenge in the bud.