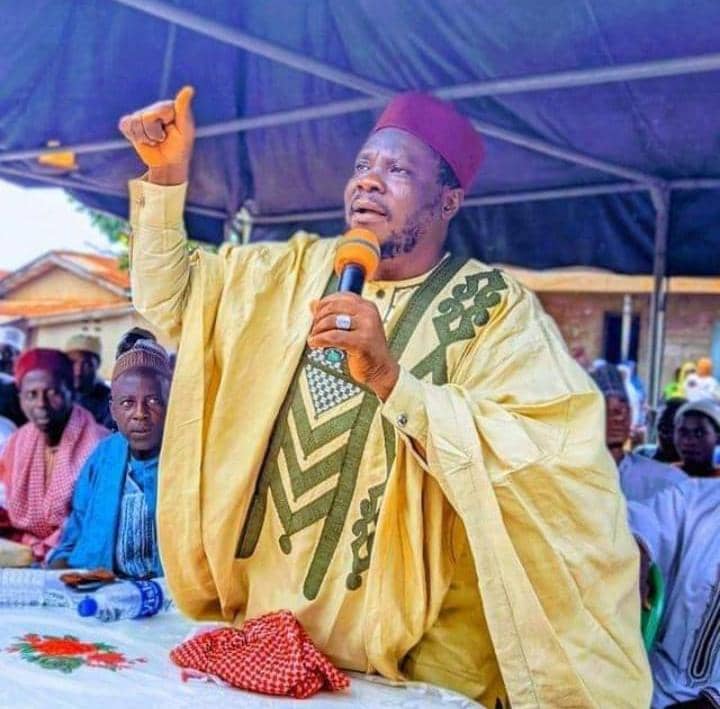 Sheikh Aboto, a prominent alumni of Kamaliyyya- Adabiyya, the educational wing of the Ansarul Islam Society of Nigeria, alongside one of his disciples, had died on Thursday when his car plunged into a river along Sobi Army Barracks road in Ilorin, Kwara State capital.

The corpses of the great cleric and

that of his companion were retrieved from the river by men of the State Fire Service on Saturday.

The janazah (burial prayer) was held for the deceased at the Okekere-Ilorin residence of the founder of Ansarul Islam Society of Nigeria, the late Sheikh Mohammed Kamaldeen Al-Adabiyy, on Sunday.

In his condolence message, Governor AbdulRazaq described as shocking and sad the deaths of Aboto al-Adaby and some other yet-to-be-identified persons in an auto crash reportedly in the early hours of Friday.

“We received with shock and sadness the deaths of the popular Islamic cleric Sheikh Aboto and a few others whose identities are not yet known. As faithfuls, we accept the judgment of our creator. We beseech Him to grant the scholar and others involved al-jannah Firdaus,” the governor said in a statement signed by his chief press secretary, Rafiu Ajakaye.

“This, indeed, is one sad news too many. The death of Sheikh Abdulganiy Aboto is a huge loss for the Muslim community and to Ilorin as a whole. He was known for his vast knowledge and great efforts in the propagation of Islamic message in the simplest form possible for his audience.

“We send our heartfelt condolences to the Emir of Ilorin Dr. Ibrahim Sulu-Gambari, the families of the late Sheikh and the others, and the entire Adabiyyah family worldwide. It is our prayer that Allah will grant comfort to all the bereaved families,” he added.

Also, the Emir of Ilorin, Alh Ibrahim Sulu-Gambari, expressed sadness over the death of Sheikh Aboto.

Sulu-Gambari described Aboto’s demise as unfortunate and regrettable, stressing that his death has left another vacuum in the dawah activities in the Ilorin Emirate and beyond.

The Emir, in his condolence message signed by his spokesman, Mal. Abdulazeez Arowona, said the news of the scholar’s death together with his companion came to him as a rude shock.

He recalled the roles played by late Sheikh Aboto in promoting morality, good conducts as well the fear of God among the general public with reference to the holy Qur’an and the teachings of Prophet Muhammad (SAW), adding that: “His sermons were unique, highly intellectual and deeply heart-touching.”

In its own message, the IEDPU described the demise of Aboto as a great and irreparable loss not only to the people of Ilorin emirate but also that of the entire Muslim ummah.

The national president of the union, Alh Aliyu Otta-Uthman, in a statement signed on his behalf by the union’s publicity secretary, Mal. Nurudeen Ibrahim, described the deceased scholar as a meticulous teacher,superlative preacher and remarkable community leader who served Islam and humanity with utmost dedication.

He added that Shaykh Aboto was a man with unique style of preaching and a member of the class of clerics who were always conscious and focussed on their responsibilities to the society, saying that Shaykh Aboto worked so hard at illuminating innumerable number of Muslims in his brilliant career that spanned more than three decades of active Islamic propagation.

He said that the union was saddened that Shaykh Aboto and those who are yet to be identified died in their primes and at a time when their services were most needed towards deepening spirituality and general social progress.