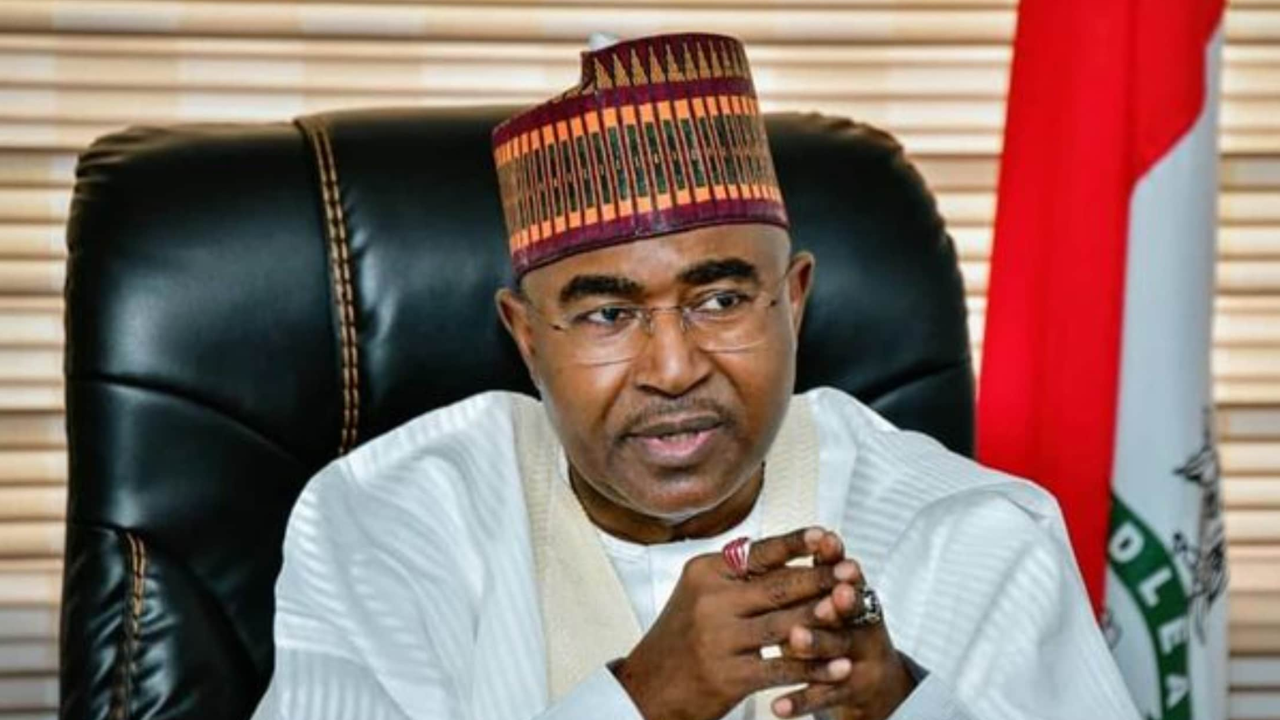 The chairman/chief executive officer of the National Drug Law Enforcement Agency (NDLEA), Brig. Gen. Mohamed Marwa (retd.) has described the LEADERSHIP Person of the Year award bestowed on him as a motivation for him and the agency to intensify the war against drug crimes.

The award, along with others, was announced by LEADERSHIP earlier this month.

A statement at the time said it was in recognition of Marwa’s efforts in providing leadership in the war against illicit drugs, taking the fight to the hideouts of drug cartels in highbrow areas, and arresting and securing the conviction of thousands of persons, including barons, for different drug- related charges.

Speaking when he received the management of LEADERSHIP Group led by the editor-in-chief, Azu Ishiekwene, at the Abuja office of the NDLEA, Marwa dedicated the award to officers and men of the anti-drug agency for their commitment to the ideals of a drug-free Nigeria.

Marwa said the agency would not rest on its oars but would sustain and improve upon the war against illicit drugs until Nigeria is free of the menace.

The NDLEA boss commended the management of LEADERSHIP Group for remaining true to the ideals of the newspaper through strict adherence to professionalism while maintaining an abiding faith in Nigeria’s indivisibility.

Ishiekwene said the award was to encourage the NDLEA chairman for his outstanding performance and also to encourage and inspire others.

He recalled that NDLEA won the LEADERSHIP Public Agency of the Year award in 2021 and described Marwa’s clinching of the Person of the Year 2022 award as a recognition of the remarkable works he is doing.

Ishiekwene said Marwa and other award winners would receive their awards during the newspaper’s annual conference with the theme, ‘Credible Election and an Economy in Transition,’ slated for January 31, 2023 at the International Conference Centre, Abuja.

Marwa and the duo of the president of Afrexim Bank, Prof Benedict Oramah, and world athletics champion and record holder in 100 metres women’s hurdles, Oluwatobiloba Ayomide Amusan, emerged as LEADERSHIP Persons of the Year 2022.

A statement by the management of LEADERSHIP said Marwa, who is currently a nightmare to drug barons in Nigeria, was also awarded Person of the Year for his giant strides in the war against drugs, particularly for making the biggest drug busts in the history of the country and for repositioning a government agency that had been moribund for long.

According to the newspaper, Prof Oramah jointly won the coveted award for his numerous noble accomplishments across the world, standing him out as an extraordinary ambassador of his country, Nigeria, in his career and service to the country and the continent.

World athletics champion, Amusan, also made the prime honours roll for breaking Gail Devers’ 22-year-old record to defend the Diamond League 100 metres hurdles title in a winning time of 12.29secs, with her latest tittle, the Diamond League, adding to the plethora of records and titles she achieved in 2022.

“The defining criterion for this category is rewarding person(s) who have made extraordinarily positive impacts on our lives through achievements that inspired and continue to inspire the country,” the newspaper’s management statement said.

Also, for the year 2022, three state governors were jointly nominated for the award of LEADERSHIP Governor of the Year. They are Governors Nasir El-Rufai of Kaduna State, Prince Dapo Abiodun of Ogun State and Ifeanyi Ugwanyi of Enugu State.

The governors were awarded for “programmes that significantly transformed lives in their communities and for relatively transparent public records and proven interest in infrastructural development and business.”

Governor El-Rufai, who was a nominee last year, jointly won the award for his leadership, especially his effort to transform Kaduna State by delivering a strong economy, unprecedented infrastructural development and reforming the state public service and institutions into a lean but effective civil service.

Governor Abiodun also won in the Governor of the Year category for his focused and audacious efforts at infrastructural development and his strides in expanding the business profile of the state.

Governor Ifeanyi Ugwanyi won the Governor of the Year 2022 award for putting the state on the path of economic independence, a feat for a state governor, and driving significant infrastructural development across the state, in spite of the security challenges in the region.

In another category, the award for Politician of the Year 2022 went to the Rivers State Governor Nyesom Wike, whose political resilience and doggedness have held the country spellbound since the presidential primaries of the People’s Democratic Party in May.

The award, according to the statement, was for “public servant(s) whose service delivery record and responsiveness made significant outcomes in the sector.”

Bank of the Year was clinched by LOTUS Bank for its innovativeness and returns on shareholder value. LEADERSHIP Social Impact Person of the Year went to Tunde Onakoya and the proprietor of the Home for the Needy Foundation, Pastor Solomon Folorunsho.

The Nigeria Security and Civil Defence Corps (NSCDC) won the Government Agency of the Year 2022 for the significant strides made by the corps in the last one year.

Other winners are Company of the Year, won by Bua Foods, adjudged “the company with the best performing stock on the Exchange this year”; Brand of the Year, Coleman Cable and Wire, and Telecoms Company of the Year won by MTN Nigeria, for its outstanding value proposition, and leading in cutting edge product and service experience.

Product of the Year was won by Mama Pride, one of the fastest-growing brands of household rice.

The CEO of the Year went to the group managing director/CEO of Zenith Bank, Ebenezer Onyeagwu, for his audacious entrepreneurial spirit and also the dominance and resilience of the bank’s brand.

LEADERSHIP Oil & Gas Local Content Champion of the Year was clinched by the executive secretary of the Nigerian Content Development and Monitoring Board, Mr. Simbi Wabote, while the e-Commerce Company of the Year award went to Pocket Money.

This year, the Artiste of the Year award went to the Buga crooner, Kiss Daniel.

The LEADERSHIP Sports Person of the Year award went to Nigeria’s Under-17 female football team, the Flamingoes, which recently won a bronze medal at the world tourney in India, the first by Nigeria in that category, while a 13-year-old primary 4 talented boy from Borno State, Musa Sani, who redesigned Maiduguri flyover using mud, won the LEADERSHIP Outstanding Young Person of the Year award.