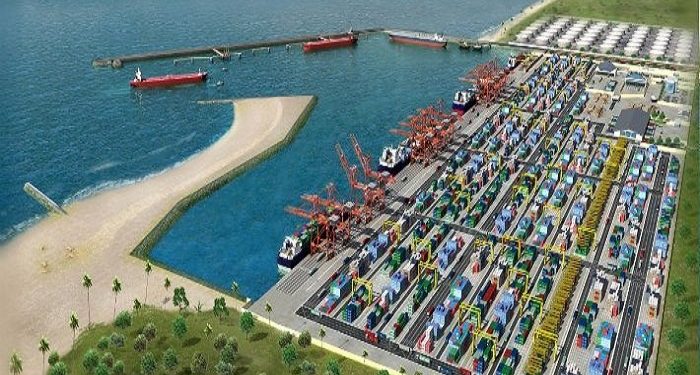 The plan for the commissioning of Lekki deep seaport by September, 2022 is gathering momentum as the management of the deep seaport, on Monday, announced that the construction of the port has reached 95.65 per cent completion.

The project status report is coming less than one week after President Muhammadu Buhari approved the designation of Lekki Deep Seaport as a Customs Port and Approved Wharf.

According to the report on the official social media handle of the promoters of the port, LEADERSHIP gathered that the dredging and reclaimation has reached 98.43 percent; construction of quay wall has reached 96.07 percent; breakwater at 92.99 percent while landside infrastructure has reached 90.61 percent.

The promoters, however, said they were focused on the completion of the project by September and commercial operation to start by year end.

The statement reads, “We are delighted to announce that the construction of Lekki Port is now at 95.65% completion. Our management, board of directors, shareholders, EPC Contractors and the project manager remain focused on our objective to complete construction by September 2022 and start port operations by the end of the year.

“The wait to behold a deep seaport with a container terminal operated with efficiency and world-class standards in Nigeria is almost over.”